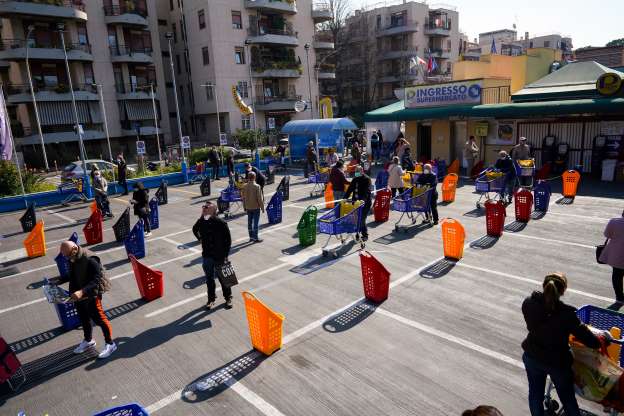 suggests that the United States may have engineered the novel coronavirus, with the implication that US Secretary of State Mike Pompeo was involved in the decision, perhaps out of personal pique, but also in the implementation of a more murderous foreign policy than has so far been used, to say nothing of espoused, by the Trump Administration.

However, on March 14 I encountered a not long retired CDC consultant who, demanding anonymity, suggested that not America but China had engineered Type L, the aggressive and lethal strain of the novel coronavirus that caused most of the death and rapid contagion in China during the first wave of infection.

He further suggested that the reason China would want to engineer such a viral weapon of mass destruction might be that rather than using it as a weapon of war against its international competitor the United States, those in power in China believe that their nation is so overpopulated that culling of the population will be necessary eventually, one way or another. However, he adduced no specific evidence to prove his claim.

Our government has long been one that develops covert and deceptive strategies and the hardware to effect those strategies.

Iversen says that the reason to unleash a virus in Iran would be to bring the country to a state of desperation so that Iranians would overthrow their government. Regime change (without any information as to what would succeed the government by mullahs) without shedding American blood.

The foreign Minister of Iran, Javad Zarif, tweeted on March 7 that the US, in the person of Donald Trump, is killing Iranians by its economic sanctions which drain Iran of needed medical resources. He said, "The world can no longer be silent as US economic terrorism is supplanted by its medical terrorism."

She says that not only the weaponizing of anti-human agents was researched, but also of agents which would damage agricultural resources, including diseases affecting rice production, as well as a wide variety of anti-animal diseases, including foot-in-mouth disease, plus a list of 11 animal diseases none of which I had ever heard of.

After listing all these very bad things that the US has researched, or brought to the point of production for use, she declares that the answer to the question of whether or not the US has USED bioweapons "is a resounding YES!" However, she does not name any specific use of any of these agents.

She continues by asserting that bioweapons are hard to control, but that America is okay with collateral damage from its warmaking. That, y'all, is the most truly proven thing she says in the whole video, as proven by the bombing that killed millions of Vietnamese, Cambodians and Laotians in our Indochina war of the 1960s and 70s (and the poisoning of Southeast Asian land and water with Agent Orange and other chemical agents), and much more recently by our occasional destruction of wedding parties, school buses full of children, and other gatherings of innocent Iraqi and Afghani civilians.

Errors, such actions are always called.

She even claims that those who may have unleashed this virus may "feel a little better morally about it" because mostly it affects senior citizens, not children or healthy adults.