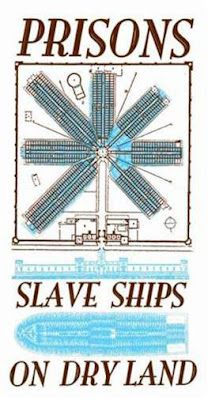 Focusing on the prison abolitionist movement, we interview two co-editors of an exciting new series at Daily Kos, called Criminal InJustice Kos, a weekly series "devoted to exploring the myths of 'crime', 'criminals', and criminal justice and the intersection of race/ethnicity/class/gender/sexuality/age/disability in policing and punishment. Criminal Injustice Kos is committed to furthering action towards reducing inequity in the US criminal justice system." Look for Criminal InJustice Kos every Wednesday at 6 pm CST.

Stay tuned for part 2, where we focus on the practicality of prison abolition and take a close look at alternatives to the US prison system.

Dr. Nancy Heitzeg (whose online name is "soothsayer99") is an activist educator and Professor of Sociology and Co-Director of the interdisciplinary Critical Studies of Race/Ethnicity program at SaintCatherineUniversity. She has written and presented widely on the subjects of race, class, gender and social control. Nancy is the author of Deviance: Rule-makers and Rule-breakers, and several articles exploring issue of race class gender and social control including: "Differentials in Deviance: Race, Class, Gender and Age" (in The International Handbook of Deviant Behavior, Routledge, forthcoming Summer 2010); "The Case Against Prison: in Prison Privatization: The State of Theory and Practice (forthcoming Fall 2010), "Education Not Incarceration: Interrupting the School to Prison Pipeline"(Forum on Public Policy, Oxford University Press, Winter 2010); "The Racialization of Crime and Punishment: Criminal Justice, Color-Blind Racism and the Political Economy of the Prison Industrial Complex"(with Dr. Rose Brewer, which appeared in a special volume co-edited by Dr. Heitzeg and Dr. Rodney Coates, of American Behavioral Scientist: Micro-Level Social Justice Projects, Pedagogy, and Democratic Movements, Winter 2008); and Race, Class and Legal Risk in the United States: Youth of Color and Colluding Systems of Social Control" (Forum on Public Policy, Oxford University Press, Winter 2009).

Be sure to read our earlier two-part interview with Heitzeg, published by Truthout, part one: Visiting a Modern Day Slave Plantation and part two: The Racialization of Crime and Punishment.

Kay Whitlock (whose online name is "RadioGirl") is a Montana-based writer, organizer, and activist long engaged in progressive struggles for racial, gender, queer, environmental, and economic justice. She has written extensively on the intersection of race, gender, sexuality, and class in relation to police and prison violence, most notably in her former position as National Representative for LGBT Issues for the American Friends Service Committee (AFSC), a Quaker organization. Her publications for AFSC include Corrupting Justice: A Primer for LGBT Communities on Racism, Violence, Human Degradation & the Prison Industrial Complex (pdf download and In a Time of Broken Bones: A Call to Dialogue on Hate Violence and the Limitations of Hate Crimes Legislation (pdf download). With Joey L. Mogul and Andrea J. Ritchie, she is the co-author of Queer (In)Justice: The Criminalization of LGBT People in the United States, forthcoming from Beacon Press in February 2011 an analysis of queer criminalization, centering race, class, and gender, from colonial contact to the present.

Angola 3 News: Why do you consider yourself a prison abolitionist? What does this term mean for you?

Nancy Heitzeg: If one accepts, as I do, that prisons in the US are a contemporary extension of chattel slavery, that prisons are irredeemably rooted in racism and classism that prisons serve no purpose save corporate profit and raw retribution, then one must call for their abolition. Prison "reform" is insufficient if the very notion and reality of prison itself is grounded in inequality, injustice and destruction.

In a small yet dense book - Angela Davis asks Are Prisons Obsolete??? If prisons are indeed social structures rooted in racism, classism and fear then we must take the questions seriously. We must try to imagine a nation perhaps a world without prisons.

"As important as reforms may be, frameworks that rely exclusively on reforms help to produce the stultifying idea that nothing lies beyond the prison...We must give serious consideration to abolitionist strategies to dismantle the prison system...which preserves existing structures of racism as well as creates new ones...this is no more outlandish than the fact that race and economic status play more prominent roles in shaping the practices of social punishment than does crime." (Davis 1998 105)

Over 40 years ago in Louisiana, 3 young black men were silenced for trying to expose continued segregation, systematic corruption, and horrific abuse in the biggest prison in the US, an 18,000-acre former slave plantation called Angola. In 1972 and (more...)
Related Topic(s): Activist; Anger; Criminal Justice; Criminal Justice; Criminalizing Dissent; Criminalizing The Poor; Death; Homophobic; Injustice; LGBT; (more...) Law; Prison Industrial Complex; Prison Nation; Prison-Prisoners; Prisoner Abuse; Prisoners; Prisons - Penal System, Add Tags  (less...)
Add to My Group(s)
Go To Commenting
The views expressed herein are the sole responsibility of the author and do not necessarily reflect those of this website or its editors.