When I first went to Hiroshima in 1967, the shadow on the steps was still there. It was an almost perfect impression of a human being at ease: legs splayed, back bent, one hand by her side as she sat waiting for a bank to open.

At a quarter past eight on the morning of August 6, 1945, she and her silhouette were burned into the granite.

I stared at the shadow for an hour or more, then I walked down to the river where the survivors still lived in shanties.

I met a man called Yukio, whose chest was etched with the pattern of the shirt he was wearing when the atomic bomb was dropped.

He described a huge flash over the city, "a bluish light, something like an electrical short," after which wind blew like a tornado and black rain fell. "I was thrown on the ground and noticed only the stalks of my flowers were left. Everything was still and quiet, and when I got up, there were people naked, not saying anything. Some of them had no skin or hair. I was certain I was dead."

Nine years later, I returned to look for him and he was dead from leukemia.

Only one reporter, Wilfred Burchett, an Australian, had braved the perilous journey to Hiroshima in the immediate aftermath of the atomic bombing, in defiance of the Allied occupation authorities, which controlled the "press pack." 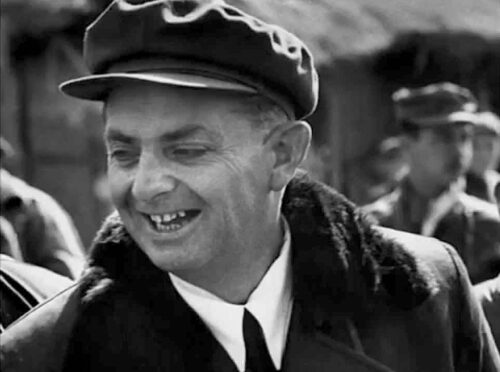 "I write this as a warning to the world," reported Burchett in the London Daily Express of September 5,1945. Sitting in the rubble with his Baby Hermes typewriter, he described hospital wards filled with people with no visible injuries who were dying from what he called "an atomic plague."

For this, his press accreditation was withdrawn, he was pilloried and smeared. His witness to the truth was never forgiven.

The atomic bombing of Hiroshima and Nagasaki was an act of premeditated mass murder that unleashed a weapon of intrinsic criminality. It was justified by lies that form the bedrock of America's war propaganda in the 21st century, casting a new enemy, and target -- China.

During the 75 years since Hiroshima, the most enduring lie is that the atomic bomb was dropped to end the war in the Pacific and to save lives.

"Even without the atomic bombing attacks," concluded the United States Strategic Bombing Survey of 1946, "air supremacy over Japan could have exerted sufficient pressure to bring about unconditional surrender and obviate the need for invasion." Based on a detailed investigation of all the facts, and supported by the testimony of the surviving Japanese leaders involved, it is the Survey's opinion that "Japan would have surrendered even if the atomic bombs had not been dropped, even if Russia had not entered the war [against Japan] and even if no invasion had been planned or contemplated."

John Pilger grew up in Sydney, Australia. He has been a war correspondent, author and documentary film-maker. He is one of only two to win British journalism's highest award twice, for his work all over the world. On 1 November, he was awarded (more...)
Related Topic(s): Bombing; China; Huawei; John Pilger; Nagasaki; Nuclear; Propaganda; Scientists; Wars, Add Tags
Add to My Group(s)
Go To Commenting
The views expressed herein are the sole responsibility of the author and do not necessarily reflect those of this website or its editors.