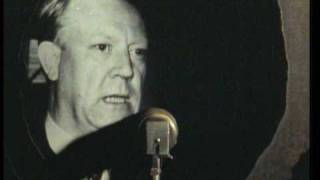 In the category of nothing is ever all good or all bad (I keep trying), have you noticed a marked improvement in your vocabulary since the man with "all the best words" moved in to the White House?

Seriously. It struck me the other day as I was reading the daily disaster report that people - not just reporters or TV and radio commentators - regular people were reading, hearing, using and even understanding words, many of which have never been routine in American conversation. It started with "narcissist" and "misogynist," but the vocabulary lesson has expanded exponentially (see what I mean?) since the news cycle has become all Trump all the time. I mean, "quisling," really?

I started compiling a list of words that were previously not your normal fare in your daily paper, including some words I had to look up (using Wikipedia and various legitimate online dictionaries), and decided I might as well share them. Who knows, maybe an English teacher will see it and want to help some students better understand what the grownups have done to the world. If you feel daring, test your partner. Here's my list (including examples), starting with the two aforementioned words, which are now household staples:

- Misogynist. From Wikipedia: "Misogyny is the hatred of, contempt for, or prejudice against women or girls. Misogyny manifests in numerous ways, including social exclusion, sex discrimination, hostility, androcentrism, patriarchy, male privilege, belittling of women, disenfranchisement of women, violence against women, and sexual objectification." It's Trump's middle name and now the whole world is aware of what misogyny looks like in practice. That's a good thing if steps are taken to combat it, which appears to be happening (#metoo).

- Narcissist. From Psychology Today: "The hallmarks of narcissistic personality disorder (NPD) are grandiosity, a lack of empathy for other people, and a need for admiration. People with this condition are frequently described as arrogant, self-centered, manipulative, and demanding. They may also have grandiose fantasies and may be convinced that they deserve special treatment. These characteristics typically begin in early adulthood and must be consistently evident in multiple contexts, such as at work and in relationships. People with NPD " tend to seek excessive admiration and attention and have difficulty tolerating criticism or defeat." Mussolini comes to mind or, well, you know.

- Quisling. Turns out we've got a bunch of them in the USA. Vidkun Abraham Lauritz Jonssøn Quisling was a Norwegian military officer and politician who was head of the government of Norway during Nazi Germany's occupation of the country during World War II. Actually, he was a figurehead who collaborated with the Nazis in every way, including the killing of Jews and others. After the war, he was tried and convicted of murder and treason and was executed. His name became synonymous for collaborator and traitor. Until recently, there hasn't been much call for "quisling," but Trump, Mitch McConnell, Lindsey Graham, and the guy Trump wanted to run the CIA, among others, have given new life to it. I could have lived my life without wanting to get the history of this word.

- Sycophant. While we have Lindsey Graham available as a perfect example, why not give a dictionary description of a sycophant: "A person who acts obsequiously (I'll get to that) toward someone important in order to gain advantage. Synonyms: toady, creep, crawler, fawner, flatterer, flunkey, truckler, groveller, doormat, lickspittle, kowtower, obsequious person, minion, hanger-on, leech, puppet, spaniel "" Add the entire Trump cabinet and staff and many Republicans in Congress.

- Obsequious. Again, just dictionaries here: "Obsequious people are usually not being genuine; they resort to flattery and other fawning ways to stay in the good graces of authority figures. An obsequious person can be called a bootlicker, a brownnoser or a toady." Our man Lindsay again and let's add Mick Mulvaney, Trump's acting chief of staff and bootlicker par excellence.

- Nativist. "Relating to or supporting the policy of protecting the interests of native-born or established inhabitants against those of immigrants. Example. 'He has made his nativist beliefs known through his divisive comments about immigrants.'" The Republican Party and MAGA hat wearers who are still waiting for the wall are perfect examples.

- Asylum. Here's one every American should learn. "The right of asylum is an ancient juridical concept, under which a person persecuted by one's own country may be protected by another sovereign authority, such as another country or church official, who in medieval times could offer sanctuary.

"The United States recognizes the right of asylum of individuals as specified by international and federal law. A specified number of legally defined refugees who apply for refugee status overseas, as well as those applying for asylum after arriving in the U.S., are admitted annually. Since World War II, more refugees have found homes in the U.S. than any other nation and more than two million refugees have arrived in the U.S. since 1980."

- Oligarchy. "A small group of people having control of a country, organization, or institution. " Oligarchy is from the Greek word oligarkhes, and it means 'few governing.' Three of the most well-known countries with oligarchies are Russia, China, and Iran. Other examples are Saudi Arabia, Turkey, and apartheid South Africa. Trump leans to the Russian and Saudi versions, although he admires certain things about the others. He would probably have been comfortable with apartheid South Africa.