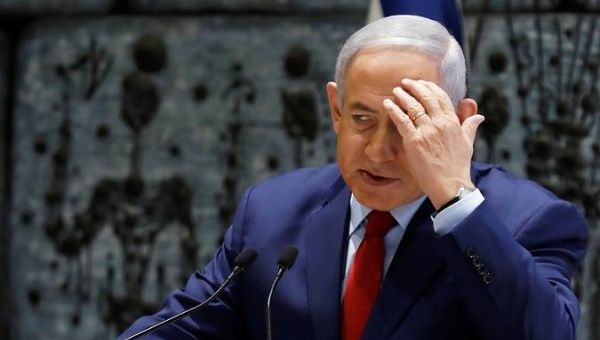 In a sign of how politically vulnerable he has rapidly become, prime minister Benjamin Netanyahu plunged Israel into new elections last week less than two months after his far-right bloc appeared to win at the ballot box.

Netanyahu was forced to dissolve the 120-member parliament to block his chief rival, Benny Gantz, from getting a chance to assemble an alternative governing coalition.

Gantz, a former army general who heads the Blue and White party, won 35 seats, the same number as Netanyahu's Likud party, in the April election, but had fewer potential allies to form a majority. So in September, Israelis will cast their votes afresh.

The ostensible reason for the parliament's dissolution is a stand-off between Netanyahu and Avigdor Lieberman, his former defence minister. They clashed over Lieberman's insistence that ultra-orthodox Jews be drafted into the army.

But Lieberman, it seems, chose to turn a relatively marginal issue into a full-blown crisis as a way to unseat the prime minister.

To win a far-right majority, Netanyahu needed not only Lieberman's small Yisrael Beiteinu party but also the ultra-Orthodox parties, which vehemently oppose conscription.

Netanyahu grew so desperate that at the last moment he tried unsuccessfully to woo Avi Gabbay, leader of the centrist Labour party. Labour was crushed in April, receiving just six seats, its lowest-ever result.

Netanyahu's panic was fully justified. He is due to face a hearing in October, when it is widely expected he will be indicted on multiple corruption charges.

With parliament's dissolution, he no longer has time to pass two pieces of legislation that could have absolved him of charges before the October deadline. First, he needed an immunity law exempting him from trial, and then a so-called "override law" to prevent Israel's supreme court from using its powers of judicial review to rule the immunity law unconstitutional.

Gabbay objected to Netanyahu insisting on support for the immunity law as the price for Labour's inclusion in the coalition.

He provoked much mirth from other legislators by joking that Netanyahu had offered an "end to the occupation" and a promise to "recognise the historic wrongs of the Nakba", the Palestinians' dispossession by Israel in 1948, in return for Palestinian parties supporting the immunity law.

Lieberman also humiliated Netanyahu, albeit without the humour. He understood that the prime minister was in no position to haggle.

The gain for Lieberman is that by proposing a bill to draft ultra-orthodox Jews into the army, he appealed to secular Jews. That, he hopes, will win him new supporters in the September election, setting him up again to be kingmaker.

Netanyahu will not be able to count on Lieberman's support and that in turn puts pressure on Likud to drop its leader.

Related Topic(s): Benjamin Netanyahu; Corruption; Far-right; Israel; Israeli Elections; Israeli_Propaganda; Likud; Palestinian; Politics; Powers That Be; (more...) Prime Minister Benjamin Netanyahu, Add Tags  (less...)
Add to My Group(s)
Go To Commenting
The views expressed herein are the sole responsibility of the author and do not necessarily reflect those of this website or its editors.