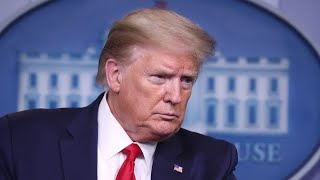 A US war with Iran on the agenda again?

That idea was effectively shelved last year when Trump was persuaded a US retaliation against Iran-after accusing them being behind the Yemini Houthi's missile attack on Saudi Arabian oil facilities last September-could force Iran to mine the Strait of Hormuz thus preventing oil tankers from traversing the Strait before entering the open sea. An aggressive move by Trump attacking Iran would have brought disastrous economic consequences to the US and the world.

That was then. Now with an oil glut caused by over supply, severely reduced demand, storage capacity in the world already to the brim, oil vessels with millions of barrels anchored at sea or stranded in port unable to be off loaded plus the coronavirus plaguing countries pushing demand down even further, the US fracking industry facing bankruptcy and major domestic producers having to curb their drilling, a war with Iran, even if the Persian Gulf was effectively blocked could very well be in the cards.

Retired. The author of "DECEIT AND EXCESS IN AMERICA, HOW THE MONEYED INTERESTS HAVE STOLEN AMERICA AND HOW WE CAN GET IT BACK", Authorhouse, 2009
Related Topic(s): Iran; Trump, Add Tags
Add to My Group(s)
Go To Commenting
The views expressed herein are the sole responsibility of the author and do not necessarily reflect those of this website or its editors.