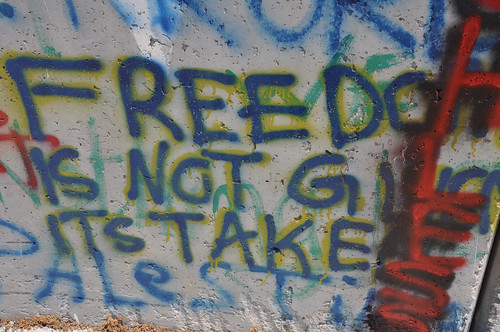 The 1978 article On the Role of Agitation and Propaganda says that "Agitation, whether spoken or written, generally focuses on one event, and one contradiction, and seeks to make a single idea powerfully clear to broad numbers of people. It is like a sharp knife seeking to expose and make raw a glaring contradiction and draw blood around it." Therefore, this task is the most urgent one for communists in the United States to take on at the present time.

It's our most urgent task because material conditions at the moment make it the most useful thing for us to do. Not enough people, at least in the United States, would support the communist movement if it were to try to overthrow the capitalist state. And until we sufficiently build up an armed Marxist-Leninist organization, we won't have the means to attempt this anyway. Until these material realities change, our focus will need to be on bringing people to the side of proletarian, anti-imperialist, and anti-colonial revolution.

How can a member of the movement participate in this agitation effort, even when they lack a social media presence or any other type of platform? I personally recommend you try to gain access to such a platform to help you with spreading your messages. But whether you can do this or not, following the instructions I'm going to lay out here will make you well equipped for the goal of revolutionary agitation in this time and place.

1: gather the proper sources of knowledge

The Communist Manifesto by Marx and Engels

The State and Revolution by Vladimir Lenin

Related Topic(s): Class; Education; Propaganda, Add Tags
Add to My Group(s)
Go To Commenting
The views expressed herein are the sole responsibility of the author and do not necessarily reflect those of this website or its editors.