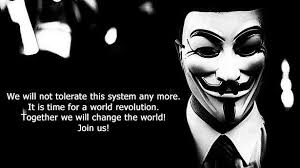 On November 21st, conservative pundit, David Brooks published a confusing op-ed in the New York Times entitled "The Revolt against Populism." At least for this reader, it generated an overwhelming sense of information entanglement and of confusion about making sense of the world Brooks described.

I'm referring on the one hand to the welter of detail supplied in his enumeration of countries supposedly rebelling against populism. (How is one to know enough to make sense of all of that?) On the other hand, my reference is to Brooks' all-encompassing use of the term "populism." For him everyone from Xi Jinping to Donald Trump seems to fit into that category. How is that possible?

The purpose of this reflection is first of all to answer that question: how to make sense of the term "populism." Its second purpose is to use that clarified term to offer a brief framework explaining the current worldwide rebellion unfolding before our eyes.

Begin with that last point, the rebellion that Brooks describes as a revolt against populism. It's everywhere. As the author notes, demonstrations and street riots have erupted in Hong Kong, Warsaw, Budapest, Istanbul and Moscow. Angry masses are currently protesting in Pakistan, Indonesia, Saudi Arabia and Lebanon. Similar phenomena surface in Latin America's "Pink Tide," particularly in Venezuela, Ecuador, Mexico, and Bolivia. Brooks also includes the "Yellow Vests" in France, Brexit in Great Britain, and Trumpism in the United States.

He might well have added venues like Algiers, Argentina, Egypt, Haiti, Puerto Rico, and Iraq. And then, of course, there are the permanent populist revolts entrenched in China (comprising 20% of the world's population) and Cuba not to mention ISIS and al-Qaeda. Finally, Brooks might also have included populist rebellion against climate change in our own country e.g. Standing Rock, Extinction Rebellion, the Sunrise Movement, and School Strikes inspired by Greta Thunberg.

Yes, Brooks is right: the world is in flames; it's "unsteady and ready to blow."

And what's the cause of it all? Brooks gives two answers. For one, it's a revolt against the revived and globalized form of laissez-faire capitalism that emerged after the fall of the Soviet Union 30 years ago. In the aftermath, with the Soviet Union in ruins, capitalist ideologues like Francis Fukuyama hastily declared the end of history and their own particular system definitively triumphant. As Margaret Thatcher put it there was no alternative.

However, far from being generally beneficial and inevitable, the emergent system of world-wide privatization, deregulated markets, and tax cuts for the rich alienated the masses. They experienced globalism as favoring a relatively small number of elites, while adversely impacting wage workers, rural populations and emerging middle classes. Neoliberalism proved to be culturally destructive as well.

In response to its austerity programs for the non-elite, people everywhere gravitated to populism. That's the second explanation of the world's turmoil identified by Brooks -- a populism so ineffective that people are rebelling everywhere.

But it's here that his deeper confusion appears. It comes from the author's mixture of the term's democratic meaning with neoliberalism's undemocratic reaction precisely to that popular thrust. It comes from his refusal to face facts. In personal terms, Evo Morales Movement towards Socialism (MAS) represents a hugely effective populism; Donald Trump and the U.S. government are anti-populist.

To get what I mean, first of all consider the definition of populism itself. Wikipedia defines the term as "a political approach that strives to appeal to ordinary people who feel that their concerns are disregarded by established elite groups."

Of course (using Maslow's hierarchy), the primary concerns of the people everywhere are always the same: food, shelter, clothing, healthcare, education, dignified work, and just wages. Once those needs have been met, secondary concerns emerge such as freedom of religion, of press, and the rights to assemble and protest. According to that understanding, you might just as well define populism as democracy, and the title of Brooks' article as "The Revolt against Democracy."

Contrary to the impression conveyed by Brooks, that revolt is primarily embodied precisely in his beloved Establishment's invariable reaction to the democratic aspirations just listed. It's always the same: sanctions, regime change, coup d'e'tats, assassinations, and outright war waged by proxy or by direct attack. Popular support for such anti-democratic tactics (insofar as they are even sought) is achieved by appealing to the economic self-interest of the elite and to the primal prejudices of "the base."

Such sleight of hand enables mainstream pundits like David Brooks to falsely equate "populisms of the left" and "populisms of the right." In the process, it empowers them to admit the failures of neoliberal capitalism, but to hastily add that leftwing populism is no better. As Brooks puts it: "But it's also clear that when in power the populists can't deliver goods. So now across the globe we're seeing "a revolt against the populists themselves." After all, Brooks claims, "Venezuela is an economic disaster" and in Bolivia "Evo Morales stands accused of trying to rig an election."

Related Topic(s): Anti-democratic; Austerity; Democracy; Establishment; Laissez-faire; Lula; Populism; Revolt; Trump; Trumpism; (more...) Venezuela, Add Tags  (less...)
Add to My Group(s)
Go To Commenting
The views expressed herein are the sole responsibility of the author and do not necessarily reflect those of this website or its editors.