Just when things seem like they can't get any worse, we receive the distressing news that the wealthy are starting to cut back. An Associated Press article earlier this week, As Spending by Wealthy Weakens, so does Economy, detailed the sad plight of the wealthy. Economists saythe economy is slowing because the richest 5% of Americans -- those earning at least $207,000 -- are buying less. They account for about 14% of total consumer spending. According to the article:

"Think of the wealthy as the main engine of the economy: When they buy more, the economy hums. When they cut back, it sputters. The rest of us mainly go along for the ride."

So the5% of the populationare the engine in theHummer and the other 95% of us are the baggagestrapped to the roof just going along for the ride. I'm sure if the engine isn't humming along as well as expected, we can throw some of the baggage overboard to lighten the load. It's OK if the middle class suffers a little more. They are used to it. We must follow the Too Rich To Fail policy in order to keep America in its proper disequilibrium. Everyone needs to accept their spot in the pecking order. The American middle class are the piss boys for the wealthy aristocracy residing in NYC and Washington DC. Wait for the shake "little people". 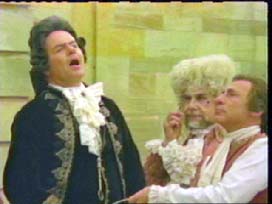 Official spokesperson for the wealthy Larry Ellison, CEO of Oracle who "earned" $146 billion over the last decade while shareholders received anegative 45% return on their investment, has announced a dramatic cutback in his lifestyle. He has voluntarily agreed to reduce his compensation to $145.5 billion over the next decade whilecutting back on his yacht racingfrom 4 days per week to 3 days per week. The impact on the San Jose economy could be devastating.

There are multiple reports of the wealthy making dramatic cutbacks such as:

Mark Zandi, the brilliant Obama shill economist, chimed in with this scary factoid:

"They are the bellwether for the economy. The fact that they turned more cautious is why the recovery is losing momentum. If they panic again, that would be the fodder for a double-dip recession."

Unless we can stimulate the wealthy to keep spending we are all doomed to a double dip recession. The plight of the wealthy should be at the forefront of anything we do. Since the top 1% wealthiest Americans own 43% of the financial assets in the country, they were particularly hard hit by the stock market crash. These poor souls were quite disillusioned by theirlosses. It has taken millions in bribes, "political contributions", and lobbying"investments" to recapture 13% of their lost wealth since last year. The recent hiccup in the stock market has made them nervous and edgy. The hysterical "financial reform bill" did cheer them up briefly, but they are back in the doldrums. They are wondering whether the cyber-bot supercomputers being employed by their friends and colleagues on Wall Street to fraudulently push the stock market higher can continue to fend off the reality of a Great Depression II.

"The affluent -- as their wealth goes down -- they'll become more and more conservative," predicts David Levy, chairman of the Jerome Levy Forecasting Center.

We cannot allow the affluent to become more conservative. Therefore, we must contribute all we can to their wealth, by any means necessary. I'm proposing a multi-pronged strategy to increase the wealth of the wealthy:

It is clear that the rich are hurting and need their ownhousing plan. It will be called RAPE (Rich Always Program for Elite). Anyone with net worth exceeding $5 million who verbally tells the RAPE Administrator that they are struggling with their mortgage will immediately receive a check for $500,000. This program will be paid for by eliminating food stamps forthe 40 million lazy good for nothings at the bottom rung of the economic ladder.

As I have made perfectly clear, it is our patriotic duty to help the rich regain their confidence. I know you will all agree and do what's right to support the ruling elite.

James Quinn is a senior director of strategic planning for a major university. James has held financial positions with a retailer, homebuilder and university in his 22-year career. Those positions included treasurer, controller, and head of (more...)
Related Topic(s): Credit; Depression; Economy; Housing; Iran; Losses; Military; Money; Stimulus; Unemployed, Add Tags
Add to My Group(s)
Go To Commenting
The views expressed herein are the sole responsibility of the author and do not necessarily reflect those of this website or its editors.