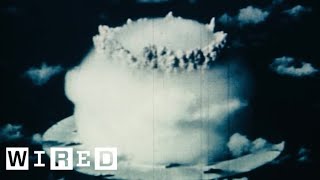 A hot war with China? Is that in our future?

Well if US Defense Secretary Mark Esper is to be believed, considering his presentation at last weekend's Munich Security Conference it just might be in our future.

Mike Whitney in his latest article, "Huawei in the Crosshairs" [1] provided this excerpt of Esper's speech to the conference.

"I'd like to speak to you today about the number one priority of the United States Department of Defense: implementing the National Defense Strategy. The NDS states that we are now in an era of Great Power Competition, with our principal challengers being China, then Russia, and that we must move away from low intensity conflict and prepare once again for high-intensity warfare..."

4. China is a threat to the western "rules based" system. (The PRC seeks to undermine and subvert this system.")

5. China "is heading...in the wrong direction"

6. The Pentagon's "number one priority is to move away from low intensity conflict and prepare for high-intensity warfare"

7. The United States is preparing for a war with China (The Chinese government needs to change its policies and behaviors" or else)

Retired. The author of "DECEIT AND EXCESS IN AMERICA, HOW THE MONEYED INTERESTS HAVE STOLEN AMERICA AND HOW WE CAN GET IT BACK", Authorhouse, 2009
Related Topic(s): China; Conflict; Huawei; Nuclear; Russia-china; Technology; Weapons, Add Tags
Add to My Group(s)
Go To Commenting
The views expressed herein are the sole responsibility of the author and do not necessarily reflect those of this website or its editors.