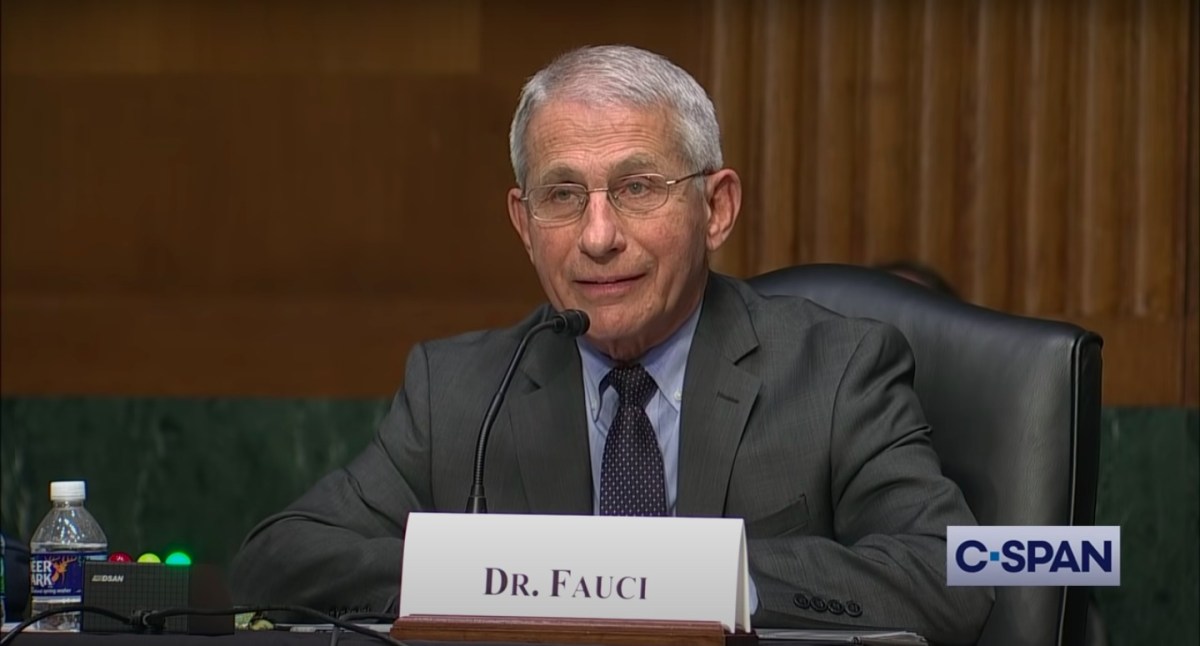 Many of Anthony Fauci's emails during the US Covid-19 outbreak last year have been obtained via Freedom of Information Act and published by BuzzFeed News and The Washington Post. Depending on what ideological echo chamber you inhabit you may have heard that they are completely innocuous or historically damning; the ones eliciting the most controversy right now include a scientist telling Fauci that the virus could potentially look engineered, and a zoologist linked to both the Wuhan Institute of Virology and the World Health Organization's Covid investigation thanking Fauci for supporting the natural origin theory over the lab leak theory.

This will all play into the reinvigorated controversy surrounding the origins of the virus, which will ultimately lead nowhere. As Jonathan Cook argues in a thoughtful new article on the overnight pivot in the political/media class from attacking anyone who questioned whether the virus transferred to humans via a Wuhan wet market as a deranged and racist conspiracy theorist to acknowledging that a lab leak could be possible is due to scientific arguments gaining traction and forcing establishment narrative managers to engage in damage control.

Contradicting right-wing Maddowesque claims that this adamant opposition to the lab leak theory proves the media and the Democratic Party are in Xi Jinping's pocket, Cook argues that the western empire has been protecting not China, but themselves. The US scientific establishment and the WHO are both reportedly tied to controversial "gain-of-function" research practices in the Wuhan lab just before the COVID outbreak, which according to Cook means we can expect the imperial narrative managers to lead us around on a merry chase for the truth without ever getting too close to it for fear of exposing the role that western power structures may have had in the whole mess.

I've been staying abreast of all the many various theories, and I still remain unsure of where COVID came from. I've remained happily agnostic about many aspects of this story from the beginning, much to the chagrin of many regular readers who've wanted my voice to offer certainty and solidity on the matter. But I do think it's very revealing how instantaneously a story switched from unutterable conspiracy theory to mainstream orthodoxy, just because those who are responsible for overseeing the Official Narratives of the US-centralized empire deemed it so.

The same exact thing has happened with UFOs, but to an even greater extent. A few short years ago publicly saying that UFOs are real and that they may be piloted by extraterrestrial intelligence was a surefire way to get yourself laughed out of the building and dismissed as a nut job; now the US military is just flat-out saying it and it's in the news every day. One minute it was childish nonsense, the next it's an Official Narrative.

The fact that there can be that drastic of a shift from something no pundit or politician may say to something they're encouraged to talk about all the time -- all at once, at the drop of a hat -- says so much about what the political/media class is and how it works in our society. How utterly uninterested in truth and facts it is. How arbitrary its dictates are. How completely made-up its ongoing story of the world is. It just says what's convenient for the powerful, and when that's not convenient anymore it switches to something else.

In a truly free society, there would be no Official Narratives. There wouldn't be any monolithic authority construct deciding what's true and marginalizing, censoring and smearing anyone who said something different. There'd just be raw information and a bunch of humans arguing their opinion, and people would take all that and form their own beliefs, and that would just be accepted and allowed.

Think about what that might be like for a minute, if there were no Official Narratives. If everyone was allowed to just interpret reality for themselves, without the supervision of any overseeing authority. Would the sky fall? Would the world catch fire? Or could we find a way for that to just be fine?

You might argue that recent events show bad things would happen if there were no Official Narratives. People won't get vaccinated. People would distrust election results and raid the Capitol building. But think about it: why are people doing those things? It's because they distrust the Official Narratives they are being fed by the Official Narrative Managers, who as we've just discussed don't have the best track record for truthfulness. They manufacture consent for any murderous agenda the US war machine decides it wants, they normalize corporate malfeasance and an oppressive, exploitative, ecocidal, omnicidal status quo, and they just re-write their own Official Narratives a second after they were screaming at people for trying to write their own. This wouldn't be the case in a society where people weren't being bullied and shoved into untrustworthy narratives by untrustworthy institutions.

If we are to transcend our self-destructive patterning as a species, that movement will necessarily include an end to having our minds manipulated by the propaganda engine of an oligarchic empire which feeds on murder, slavery, and environmental destruction. We're going to have to pry the lies we've been told since birth from our minds and begin building a healthy world. One where we collaborate with each other and with our ecosystem toward the common good, and one where we respect one another's mental sovereignty without any institutional mechanisms exerting control over any of us.

Related Topic(s): Conspiracy; Covid-19; Free Press; Free Speech; Lies; Propaganda; Thinking; Truth, Add Tags
Add to My Group(s)
Go To Commenting
The views expressed herein are the sole responsibility of the author and do not necessarily reflect those of this website or its editors.