"We are also exploring another option, which is to petition LAUSD. This is promising for many reasons, one of which would be the relative ease in finding a site. We would still seek to locate in the same general geographic area, but Los Angeles has greater inventory" 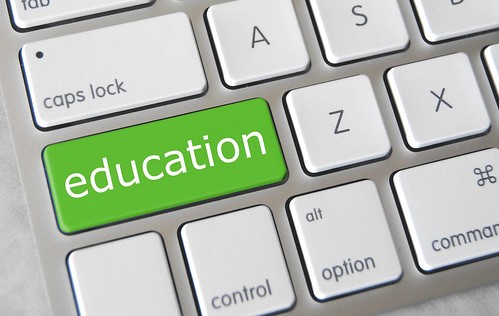 Education Key
(Image by Got Credit)   Details   DMCA
Despite having a school board that is alleged to be anti-charter, the LAUSD approves a lot of these publicly funded private schools. In fact, "no other school system in the nation has more charters or charter students than L.A." Renewals for these charters are "routinely approved", even when they have low academic achievement and fail to meet their obligations to special education students. Having their offices raided by the FBI does not preclude a charter operator from being offered co-located space in District schools, potentially disrupting the education of LAUSD students. In the meantime, the LAUSD hurls towards bankruptcy, partially due to the loss of students to the charter industry.

The oft-repeated excuse for this unchecked expansion of charters is that LAUSD Board Members have no other choice. While it is true that both the county and state Boards of Education can become the authorizer of any charter that the LAUSD rejects, this only means that the District will lose oversight fees for those charters. Given that the District has admitted in the past that these fees do not cover all of their expenses, this will only help to reduce costs and avoid bankruptcy. This is especially true since charters that do not meet the criteria for approval require higher levels of oversight and further degrade the District's ability to make sure that other charters are following the rules.

Not all districts cave into the threat of being overturned by the county and the state. For example, the Glendale Unified Board of Education voted unanimously to reject a charter application by the International Studies Language Academy (ISLA), finding that "the plan for the school would fail in its execution to 'present a sound educational program,' primarily because of financial issues." The petitioners did appeal to the county, whose staff determined that the petition provided "an unsound educational program". As a result, the county Board of Education voted 5-1 to reject the appeal, with Alex Johnson, the pro-charter former candidate for the LAUSD Board Seat held by George McKenna, providing the only vote to approve. The State's Advisory Commission on Charter Schools, chaired by Granada's Brian Bauer, disagreed with the local districts and found unanimously "that the ISLA petition is consistent with sound educational practice." The State Board of Education, who in the past has approved charters run by Celerity Educational Group and failed to perform any oversight visits for a charter under its jurisdiction, voted 7-2 to approve the appeal.

Glendale was not finished fighting. Unlike the LAUSD, which is willing to shoehorn any charter that asks onto its campuses, this neighboring district denied ISLA's application for a district facility under Prop 39. As a result, the charter organization is exploring the option of filing a charter petition with the LAUSD citing the "relative ease of finding a site." While left unsaid, the fact that the District rubber stamps most applications probably also factored into their decision making process.

While the current Board has proven to be ill-suited towards repelling charters like ISLA, the California Charter School Association and their allies are spending heavily to eliminate any opposition to their expansion. Millions are being spent on Nick Melvoin and Kelly Gonez' campaigns so that Eli Broad's plan to "to reach 50 percent charter market share" can be achieved. It is understandable that the promise of change may be alluring to parents frustrated with a District unresponsive to their needs. However, as the election of Trump has shown, the wrong type of change can be disastrous. Unregulated private schools that drain funding from our public schools are not what our students need.

Carl Petersen is a parent and special education advocate and was a Green Party candidate in LAUSD's District 2 School Board race. He was endorsed by Network for Public Education (NPE) Action and Diane Ravitch called him a "strong supporter of public schools." His past blogs can be found at www.ChangeTheLAUSD.com.

Related Topic(s): Charter Schools, Add Tags
Add to My Group(s)
Go To Commenting
The views expressed herein are the sole responsibility of the author and do not necessarily reflect those of this website or its editors.