Charles Dickens would surely recognize the cruelty he disdained in modern Republicans like Paul Ryan. 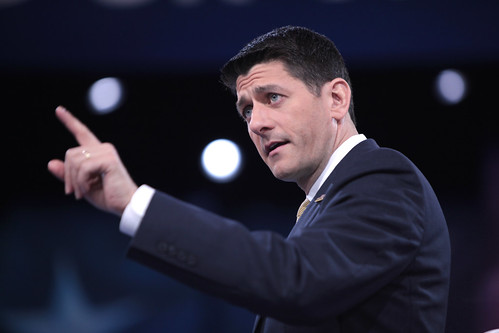 Charles Dickens, if he were writing today, would have no trouble crafting a contemporary character every bit as ominous and unsettling as Ebenezer Scrooge.

An astute social commentator who in 1843 wrote with an eye toward exposing the cruel disregard for humanity that infected that powerful men of his times, Dickens could simply update his protagonist: make the miser younger and more conniving, put him in a crisp suit, give him better hair, perhaps make him the Speaker of the US House of Representatives.

This year, Speaker Paul Ryan and his compatriots abandoned any impulse to address the human condition with charity and compassion as they rushed to enact a tax "reform" that robs from working Americans, and from the future, in order redistribute wealth upward. The greed of contemporary conservatism has proven to be so cruel in its character, so rigid in its application, that its practitioners have willingly set the stage for the impoverishment of future generations with massive debt that even they admit will tear at the safety net of Social Security, Medicare, and Medicaid.

Ryan's cabal simply does not care what damage is done, so long as their own comforts -- and those of their wealthy patrons -- are maintained.

Charles Dickens anticipated the morally bankrupt calculations of today's Republicans more than a century and a half ago, with his imagining of a visit by two gentlemen, "liberals" we will call them, to a certain conservative businessman:

"They were portly gentlemen, pleasant to behold, and now stood, with their hats off, in Scrooge's office. They had books and papers in their hands, and bowed to him."

With his crude tax schemes, Paul Ryan has abandoned any impulse to address the human condition with charity and compassion.

"'Scrooge and Marley's, I believe,' said one of the gentlemen, referring to his list. 'Have I the pleasure of addressing Mr. Scrooge, or Mr. Marley?'

Related Topic(s): Christmas; Cruelty; Disregard; Poverty; Unemployed, Add Tags
Add to My Group(s)
Go To Commenting
The views expressed herein are the sole responsibility of the author and do not necessarily reflect those of this website or its editors.