(Image by Carl J. Petersen)   Details   DMCA
tps://heritage-schools.org/covid-19/">You may have heard the announcement from our local government agencies on August 4th which stated that the COVID case rate must be lower in order for ANY school waiver application to be approved. This is a disappointing announcement for us"
- Heritage Christian Schools

As a father of two daughters who are on the autism spectrum, I know how difficult the transition to distance learning has been. At the same time, my wife has Multiple Sclerosis and is, therefore, known to be at high risk during the COVID-19 pandemic. Stopping the rapid transmission of this virus is a matter of life or death for our family. We recognize that until the transmission rate is under control, learning at home instead of inside of the classroom is a necessary evil.

For the safety of students, teachers, and families like mine, Governor Gavin Newsom ordered: "schools to stay closed in counties on the state's COVID-19 watch list". While this directive applied to public, charter, and private schools, Heritage Christian Schools claims a "newfound flexibility" that allows it to support parents who prefer that "their students return to [its] campuses". 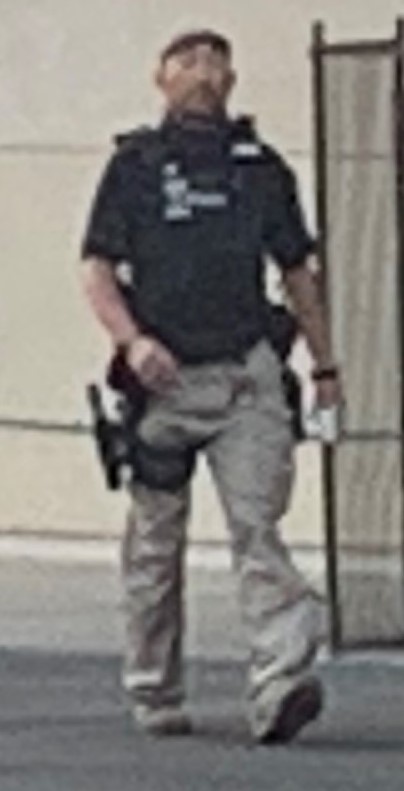 The first car pulled into the front parking lot of Heritage's campus on Rinaldi Street in Granada Hills at 7:05 AM. Before long, there was a steady stream of students arriving. As I stood on the public sidewalk outside the school an unmasked but armed security guard approached to ask what I was doing. I told him that I was writing an article about how the school was ignoring the closure order covering schools in Los Angeles County. He responded that the school was closed, so I asked about the children that I saw. He said the preschool was still open. From my observations, either the school serves very large-sized preschoolers or he was not telling the truth. According to the school's website, it was the latter.

Taking advantage of a loophole in the closure order, Heritage has opened a daycare program. "This program allows [it] to support [its] families by permitting students to participate in their online classroom from the safety and security of [its] campuses." The children are still in an enclosed space subjecting themselves, school staff, and the community to the spread of a deadly virus. So much for "love thy neighbor as thyself".

A visit to the outside of the school's south campus suggests that the daycare plan is nothing but a façade. At nine in the morning, a group of students was leaving the athletic field carrying sports equipment. There was no adult visible. They were also not practicing social distancing. When I asked the security guard at the north campus about this, he suggested that the school had probably rented out the field.

Even more concerning is the fact that the school seems to be ignoring rules meant to protect students on campuses that have been opened. "Under the [state] guidelines, one confirmed case of coronavirus will send a class home". However, Heritage says on its website that if a teacher or student tests positive, they "will contact trace, notify, & isolate those that are affected". While the school also says that they will place "markings (i.e., masking or painter's tape) on classroom floors to promote distancing", no such markings appeared in a video of classrooms prepared "for the first day of school". The desks also did not seem to be placed six feet apart. 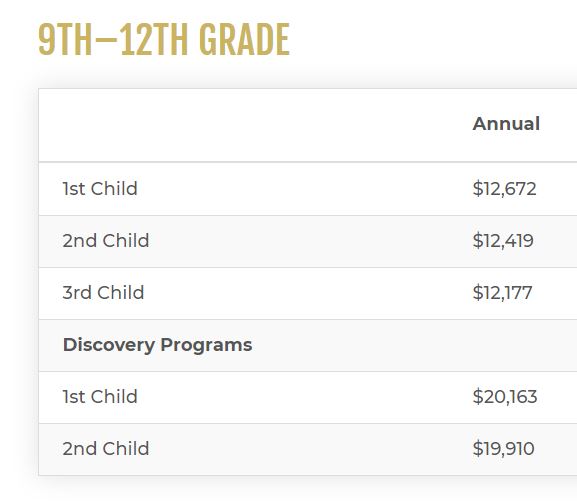 (Image by Heritage Christian School)   Details   DMCA
Getting your child access to a school that is providing an in-classroom experience will put a serious dent in your pocketbook. Tuition ranges from $8,855 to $20,163 per child, depending on the grade level and program. This option is unobtainable for the average LAUSD student when 72.4 percent of them come from families so poor that they are eligible to receive free and reduced-price lunches. In normal times, students from low-income households are already underperforming their more well-off peers. Unequal access to in-classroom education should not be allowed to further contribute to this education gap.

If the health risk is too great to open schools, then this closure needs to be equally enforced across all income groups. Parents with means should not be allowed to buy their way into school buildings, especially if doing so will endanger their children, teachers, and the community.
________________________________
Carl Petersen is a parent, an advocate for students with special education needs, an elected member of the Northridge East Neighborhood Council, a member of the LAUSD's CAC, and was a Green Party candidate in LAUSD's District 2 School Board race. During the campaign, the Network for Public Education (NPE) Action endorsed him, and Dr. Diane Ravitch called him a "strong supporter of public schools." For links to his blogs, please visit www.ChangeTheLAUSD.com. Opinions are his own.