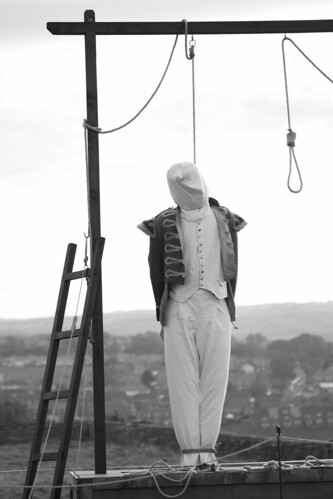 Just about a week ago, I wrote an article on OEN about the media and the way that they were doing what looked like investigative reporting on Donald Trump. I also said in the article, why is the media suddenly doing investigative reporting when they haven't done so in almost 2 decades? I stated that the media once they get Trump to resign or they concoct an impeachable offense, and Pence assumes the presidency, this newly found notion of speaking truth to power will suddenly evaporate and they will go along just like they did under George Bush and Barack Obama.

The very next day I saw article, after article, about how the media was being controlled by the so-called "deep state". These were my thoughts exactly. I think most people know that I am a socialist and I detest Donald Trump. Still, he is our elected president and to see him taken down by all the intelligence agencies and the people that work in government that haven't been elected only appointed, I'm talking about the ones the that been there 20 or 30 years, is a disgrace.

Donald Trump cannot fight the people lined up against him no matter how many lawyers he thinks he has or how much money he will spend. The NSA and the CIA and the State Department and the Council on foreign relations have thousands of lawyers. There is no way that he can possibly get anything done when he is impeded by all those lined up against him.

I think this was a Republican strategy all along. They have their man, Mike Pence, who will do the bidding of the people that really control the Empire. Donald Trump is a danger because of his stand on Russia. They also worry about his stand on NATO which he said was obsolete, and I agree. This is anathema to the people in the intelligence agencies and the State Department along with the Federal Reserve and the Council on foreign relations and all the countless intelligence agencies in the Defense Department. They know, that a lessening of tensions with Russia, and God forbid working together with them to fight ISIS would destroy their profit margin and endanger many jobs in the intelligence sector.

The United States has always needed an enemy throughout its history. Our relationship with Russia is based on lies, and it always has been. The war in Georgia which was started by Georgia and encouraged by NATO was pure propaganda when mainstream media reported on it. Georgia attacked South Ossetia, and killed many Russian peacekeepers.

by NATO was pure propaganda when mainstream media reported on it. Georgia attacked South Ossetia, and killed many Russian peacekeepers.

The same thing for Ukraine where Victoria Nuland the under Secretary of State for Eastern Europe funneled $5 billion into the war chest of the rebels in Maidan. When she was asked about reaching out to the EU to broker some kind of peace in the country she said, "Fu#k the EU" This kind of behavior can only be described as typical American hubris. When the far right took power, and demand a ban on the Russian language in the Ukraine, it was not a mystery why the two Russian-speaking provinces in eastern Ukraine rebelled. Not only were they anti-fascist, they were also pro-Russian. This is just another in a series of debacles that United States has engaged in since the end of World War II.

Related Topic(s): Lies; Propaganda, Add Tags
Add to My Group(s)
Go To Commenting
The views expressed herein are the sole responsibility of the author and do not necessarily reflect those of this website or its editors.