Trump's legal threats represent an assault not just on Michael Wolff's book but on the basic premise of the US Constitution. 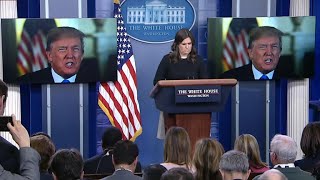 The most jarring development of a startling week in American politics was not the publication Friday of Michael Wolff's tell-all book Fire and Fury: Inside the Trump White House, which ably confirms everything we knew, or should have known, about Donald Trump's presidency.

The most jarring development was the authorization by the president of the United States of a move by his lawyers to block the publication of the book that details his dangerous duplicity and scorching incompetence. After an initial excerpt from the book was published, and additional excerpts began to circulate in Washington, Trump's legal team moved on Thursday to block its publication.

"(He's) helping me prove the point of the book," Wolff said of the president's legal threat. "This is extraordinary that a President of the United States would try to stop the publication of a book. This doesn't happen -- has not happened from other presidents, would not even happen from a CEO of a mid-size company."

Wolff is right. This is not what presidents do. But this is what Trump did.

In an 11-page letter to Wolff and the president of publisher Henry Holt & Co. -- and cc'd to the president -- a lawyer with the firm that serves as litigation counsel for Trump wrote: "Mr. Trump hereby demands that you immediately cease and desist from any further publication, release or dissemination of the book, the article, or any excerpts or summaries of either of them, to any person or entity, and that you issue a full and complete retraction and apology to my client as to all statements made about him in the book and article that lack competent evidentiary support."

Wolff stands by his book, telling NBC, "My credibility is being questioned by a man who has less credibility than perhaps anyone who has ever walked on earth at this point."

Related Topic(s): Books; Donald Trump; Impeachment; Incompetence; Presidential Powers, Add Tags
Add to My Group(s)
Go To Commenting
The views expressed herein are the sole responsibility of the author and do not necessarily reflect those of this website or its editors.