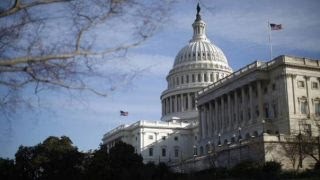 As the mid-term political campaigns begin, perhaps we should pause and think where this country is headed under the leadership of Trump, with the House and Senate in control of the Republican party -- a party that has lost its soul and its way, failing to safeguard America's national interest. This is a party that strives to cling to power -- which is not itself unusual -- but seeks it at all costs with no scruples and no moral compass. It seems that the Republican establishment will do whatever it takes to promote their narrow conservative agenda, which caters to the rich and powerful, while supporting a president who has nothing to offer the country but disgrace.

The Republicans, who are deeply engrossed in partisan politics, have enabled Trump in order to further their own political objectives, while ignoring that they were elected to protect America's global and national security interests, and the wellbeing of the American people. The Republican party will be held responsible for what may well be irreparable damage to America's global leadership and moral standing.

It appears as though Trump and the Republican leadership are dancing to each other's tune. Occasionally some Republican Senators, including Corker and Flake, have criticized Trump for his repeated false statements and lack of political savvy and instability. Generally, however, the party members revel in the fact that they now have a president who will sign anything they put on his desk.

The Republican establishment is determined to shove down the throats of the American people what they failed to do during Obama's tenure, enacting policies that are harmful to the majority of the American public.

Known for their hunger to cut taxes, the Republican House and Senate raced to pass major legislation overhauling the tax code with the slimmest majority in Congress. They consider the tax bill a major triumph, when in fact it is nothing but a travesty. The bill will certainly make the rich richer, while the poor and the unemployed, particularly unskilled workers, will have to wait for handouts with little or no prospect for a dignified existence.

The Republicans are bent on dismantling everything that President Obama was able to achieve, particularly the Iran deal, which could potentially plunge the Middle East into nuclear proliferation if nullified. They doggedly worked to repeal Obama's Affordable Care Act, which would deprive millions of people of health care. They applauded the US' withdrawal from the Paris Climate Accords to the dismay of the entire international community, defying all scientific evidence that climate change is in fact already upon us. Beyond that, they rolled back countless environmental protections, effectively dismantling the EPA.

No, this is not what the vast majority of the American people aspire for. We envision:

America that shares the world's concerns about climate change and leads other nations by example to combat global warming and save the planet from the dire consequences that it will inevitably pose.

America that embraces other cultures, thereby enriching our own, and fosters greater affinity and closer relationships with other nations, including our adversaries, through continuing cultural exchanges.

America that projects moral leadership and stands ready to act to avert hunger and disease, especially among children in conflict-ridden countries, by providing aid while assuming a leading role in resolving such conflicts.

America that maintains an open-door policy -- the tradition of being a nation of immigrants -- by welcoming those, regardless of their creed, race, or color, to our shores; those who want to realize the American dream and do their share to contribute to America's economic, cultural, and scientific riches.

America that mitigates conflict with its adversaries and deepens its ties with allies and friends, respects international treaties, and lives up to any commitment made, not only to maintain our credibility but also to make the world a safer and more peaceful place.

Related Topic(s): Disgrace; Party Loyalty; Politics; Republican, Add Tags
Add to My Group(s)
Go To Commenting
The views expressed herein are the sole responsibility of the author and do not necessarily reflect those of this website or its editors.