It's not good for the regime -- or for Trump. 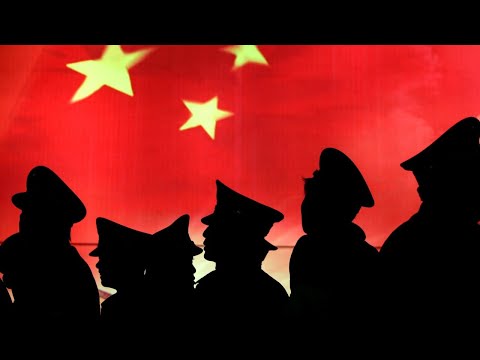 As more Americans die each day in the coronavirus pandemic, President Trump has desperately tried to deflect blame for his anemic and inept response to the crisis. His blame-shifting crusade has landed on one big target: China.

He and his political allies have tried mightily to depict the Chinese government as the villain of this tale. Though at the start Trump repeatedly praised Chinese leader Xi Jinping and his government for their response to the epidemic, which began in the city of Wuhan, Trump recently shifted gears and began claiming the Chinese government, not the Trump administration, was responsible for the tens of thousands of deaths in the United States. When asked by CBS News reporter Weijia Jiang about testing and the American death toll, Trump barked at her, "Don't ask me. Ask China." And his Republican comrades, following Trump's lead, have called for sanctions against China and for changing the law to allow Americans to sue China for the damage done by the virus. In fact, the Republican Party has adopted a blame-China strategy for the 2020 elections.

With GOP members of Congress introducing multiple bills related to China's handling of the coronavirus outbreak, the Congressional Research Service, the nonpartisan research arm of the House and the Senate, this week released a detailed timeline of the actions China took during the early weeks of the epidemic in December and January. Based on public accounts -- including those in the Chinese media -- the CRS report does not cast the Chinese government in a good light. The report's judgements are highly measured, but it does provide ammo to those seeking to divert attention from Trump's own actions (or inaction).

The report, written by Susan Lawrence, a CRS specialist in Asian affairs, points out that during the SARS outbreak in 2002 and 2003, the Chinese government was soundly criticized for not reporting this event to the World Health Organization and the Chinese public for more than two months. This time around, China has done better: "China has shared information about COVID-19 more quickly and comprehensively...Chinese authorities allowed experts from the WHO China Country Office and WHO's Western Pacific Regional Office to conduct what WHO describes as 'a brief visit to Wuhan' January 20-21, 2020."

But the report adds, "The timeline nonetheless raises questions for some about China's interactions with WHO at key moments in the early weeks of the pandemic." And the report offers this indictment: "Prior to January 20, 2020 -- the day Chinese authorities acknowledged person-to-person transmission of the novel coronavirus -- the public record provides little indication that China's top leaders saw containment of the epidemic as a high priority. Thereafter, however, Chinese authorities appear to have taken aggressive measures to contain the virus."

As the report notes, hospitals in Wuhan first started noticing a pneumonia of unknown origin in late December. Yet in the first weeks, according to the report, "Chinese authorities may not always have communicated with WHO" in a timely and accurate fashion, as they are obligated to do under the International Health Regulations (IHY), an agreement to which China, the United States, and 194 other countries are parties. The report says that China "may not have proactively notified WHO of the outbreak," as it was also required to do: "According to Dr. Michael Ryan, Executive Director of WHO's Health Emergencies Program, WHO headquarters in Geneva first learned about the outbreak in Wuhan [on December 31] not directly from Chinese authorities, but rather from the Program for Monitoring Emerging Diseases (ProMED), a U.S.-based open-source platform for early intelligence about infectious disease outbreaks."

It turns out that a ProMED user had posted a translation of a Chinese media report detailing the contents of two "urgent notices" about these new atypical pneumonia cases that the Wuhan Municipal Health Commission had sent to medical institutions in the city. At the same time, a photograph of a lab report showing a positive result for SARS had started spreading in news and medical circles in Wuhan. Dr. Li Wenliang, for one, shared this image with his former classmates in a private online WeChat group. (Dr. Li later would be harassed by government officials for his efforts to get the word out about the coronavirus and subsequently lose his life to COVID-19 at the age of 33.)

As soon as the WHO learned about the outbreak from the ProMED post, it requested verification from the Chinese government. Under the IHR, a government has 24 hours to respond. The CRS report notes that "China's official timeline says it began 'regularly informing' WHO of developments related to the outbreak on January 3," and the next day, the WHO tweeted about the outbreak in Wuhan. So it seems there might have been a slight delay of a few days in China verifying this new pneumonia.

The report identifies another, perhaps more significant delay: "China's government appears to have potentially hesitated before informing WHO, both when it determined a novel coronavirus was responsible for the outbreak and when its scientists sequenced the virus' genome."

On January 9, 2020, the WHO announced that "Chinese authorities have made a preliminary determination of a novel (or new) coronavirus, identified in a hospitalized person with pneumonia in Wuhan." Two days later, the WHO tweeted that it had received "the genetic sequences for the novel #coronavirus (2019-nCoV) from the Chinese authorities." But, the CRS report says, "China appears to have determined that a novel coronavirus was responsible" earlier.

One Chinese news outlet reported that samples from Wuhan pneumonia cases had been sequenced and found to indicate a novel coronavirus on December 26. The Wuhan Institute of Virology, an affiliate of the Chinese Academy of Sciences, according to Chinese state media, sequenced the virus' genome on January 2. So here was more lost time. And according to the report, "Chinese authorities do not appear to have shared biological samples with the WHO or other international partners" in a timely manner.

What's damning in the report is not surprising: "Information Chinese authorities provided to the Chinese public and to the world in the early weeks of the epidemic was often incomplete and understated the extent of the virus' spread." Though Wuhan doctors suspected the new disease was moving through person-to-person transmission, the Chinese authorities initially downplayed this. "A WHO expert echoed that position in a January 14, 2020, press conference," the CRS report says, "stating that China had experienced 'limited' human-to-human transmission of the novel coronavirus." The report also notes, "Wuhan medical personnel began falling ill with symptoms similar to their patients' in December." But the Chinese authorities did not acknowledge medical worker infections -- a sign that this new coronavirus was extremely infectious and dangerous -- at first.

Moreover, Chinese officials intimidated and censored doctors and others who sought to share with the public information about the epidemic. One example from the CRS report: "The day after the team of scientists led by Prof. Yong-zhen Zhang of Fudan University in Shanghai became the first to share the genetic sequence of the novel coronavirus with the world, Shanghai authorities closed down Professor Zhang's laboratory for 'rectification,' implying it is being investigated for unspecified wrongdoing." And in January, China turned down offers from the US government to send a team of experts from the Centers for Disease Control to Wuhan.

David Corn is  Mother Jones ' Washington bureau chief. For more of his stories,  click here . He's also  on  Twitter  and  Facebook .  RSS  |  TWITTER  David is (more...)
Related Topic(s): Blame; China; Coronavirus Interfering With Primary Elections; Coronavirus Pandemic; Doctors; Patients; Scientists, Add Tags
Add to My Group(s)
Go To Commenting
The views expressed herein are the sole responsibility of the author and do not necessarily reflect those of this website or its editors.