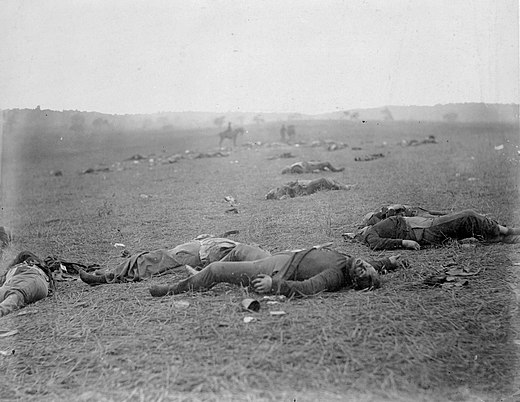 In July 1864, Confederate forces led by General Jubal Early attacked Fort Stevens and Fort DeRussy on the outskirts of Washington, DC. Union forces drove them away after two days of skirmishes, but the battle threw a scare into the capital city and constituted a high point in the Confederacy's Shenandoah Valley campaigns.

More than a century and a half later, the Confederates are back in Washington, meeting stiff resistance on Capitol Hill but garnering support from the White House.

This June, US House Speaker Nancy Pelosi (D-CA) sought the removal of portraits and statues honoring Confederate figures from the Capitol and its grounds.

Meanwhile, the US Senate's Armed Services Committee approved an amendment to the annual National Defense [sic] Authorization Act, offered by US Senator Elizabeth Warren (D-MA). The amendment would give the Pentagon three years to re-name military bases named after Confederate figures.

US president Donald Trump says he'll veto the NDAA if it comes to him with that amendment intact.

Will he? Almost certainly not.

The NDAA is the US government's largest annual corporate welfare and middle/lower class workfare bill. This year's version isn't even at full pre-passage bloat yet and it already tops $740 billion in sweetheart payouts for "defense" contractors, plus salaries and benefits for more than three million jobs in, or related to, the military.

If Social Security is a political "third rail" (touch it and you die), the NDAA is the train that runs down the tracks on either side of that rail (get in its way and you'll be run over and smooshed).

So no, Trump's not serious about a veto. He's just virtue signaling to those members of his southern and rural base who were weaned on pro-Confederate "Lost Cause" mythology (basically every southerner and most midwesterners who came of age before the 1990s). And yes, Pelosi and Warren are virtue signaling to their side of Culture War, 2020 Election Edition, too.

Both sides will drag this fake, silly fight out until after Election Day because it's the fight itself, not the outcome, that brings in the campaign contributions and the votes. Style over substance, as usual.

But just for laughs, let's think about what a compromise could look like if the two sides actually worked for the taxpayers instead of for the military industrial complex. How about this:

Don't rename those "Confederate" bases. Instead, shut them down. Completely. Move or destroy the weapons, move or discharge the troops, and sell the real estate (with contract clauses forbidding use of the bases' names or namesakes in subsequent uses).

For the sake of balance, shut down an equal number of bases named after Union military figures, on the same terms.

Then cut that NDAA by $100 billion or so, and call it a good start.

No, that's not going to happen, at least while we keep sending Republicans and Democrats to Washington. They'll occasionally slap new labels on their wicked and murderous behaviors, and sometimes assign blame to the old labels for those behaviors, but they won't willingly change.

Related Topic(s): Confederate States Of America; Military Bases; Ndaa, Add Tags
Add to My Group(s)
Go To Commenting
The views expressed herein are the sole responsibility of the author and do not necessarily reflect those of this website or its editors.