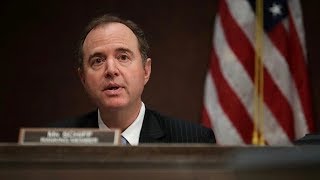 A huge national spotlight is now on Adam Schiff, the member of Congress leading the impeachment inquiry. In his tenth term, Schiff is really going places. But where is he coming from?

This year, as chair of the House Intelligence Committee, he has relentlessly built a case against a horrendous president. For progressives eager to see Donald Trump impeached, Schiff is an enemy of their enemy. But whether he's a friend is another matter.

"Schiff's record on foreign policy, civil liberties, human rights and other key issues has often put him more in line with Republicans than with liberal Democrats," international affairs scholar Stephen Zunes told me. "It is ironic, therefore, that Trump and the Republicans are portraying him as some kind of left-winger."

For a backstory perspective on Schiff, I contacted a progressive activist who has been closely tracking his political career for two decades. Howie Klein, the publisher and editor of DownWithTyranny.com, lives in Schiff's congressional district in the Los Angeles area. They met when Schiff was a state senator running for Congress in 1990 against a Republican incumbent.

"I was all gung-ho and raised a lot of money for him from my music industry colleagues," Klein told me. "I didn't understand at the time that although he was a Democrat, he was a conservative Democrat. There were a couple of hints during the campaign, but it wasn't until he was elected and joined the Blue Dogs and started voting that I realized that we had traded a right-wing Republican for a GOP-light Democrat."

Schiff wasn't merely playing it safe with his constituents. "It was a rapidly changing district that in just a few years went from red to swing to blue to deep blue," Klein recalled. "The most Schiff was willing to move was from the Blue Dogs to slightly less odious New Democrats."

As for the dynamics that have elevated Schiff to star on the House impeachment stage, Klein commented: "Most of Nancy Pelosi's committee chairs do exactly what she tells them to do, but Schiff seems to be even more exact than most of the others. He's her guy and she has given him a perfect opportunity to transform himself into a political celebrity."

Alignment with the most powerful Democrat on Capitol Hill has paid off for Schiff. This month, Speaker Pelosi skipped over Jerrold Nadler -- who, as Judiciary Committee chair would have ordinarily taken the lead -- instead choosing to appoint Schiff to drive the impeachment train.

Schiff is tenaciously challenging a despicable president who should be impeached. At the same time, while Schiff has emerged as a marquee foe of Trumpism, we should be aware that he remains deeply enmeshed with corporatism and militarism.

Schiff is significantly more hawkish than Nadler. While Nadler was one of the 59 House Democrats who voted against the National Defense Authorization Act for fiscal year 2019, Schiff voted yes on that landmark measure -- which abetted Trump's push for a massive two-year 11 percent boost in military spending. Pelosi, who also voted for the bill, proudly wrote to Democratic colleagues: "In our negotiations, Congressional Democrats have been fighting for increases in funding for defense."

The Pentagon has been able to rely on Schiff to vote for military spending increases throughout his career. And he has rarely done anything contrary to the interests of the military-industrial complex.

In March 2015, when Saudi Arabia launched air strikes against Yemen that began the ongoing murderous intervention, Schiff went out of his way to voice support. The Obama administration, he declared, "made the right decision" to support the Saudi bombing. Said Schiff: "The military action by Saudi Arabia and its partners was necessitated by the illegal action of the Houthi rebels and their Iranian backers."

After more than four years of vast suffering and death among Yemini people, Schiff recently played a positive role as he co-sponsored an amendment (accepted by the House) that could end U.S. participation in the Saudi-led war in Yemen.

Aside from his reflexive support for military spending hikes, Congressman Schiff's most egregious roles have involved policies in the Middle East. He voted to greenlight the U.S. invasion of Iraq that began in March 2003. "Schiff was among the right-wing minority of House Democrats who sided with Bush and Cheney over the broad consensus of Middle East experts, international legal scholars, independent arms control analysts and others who warned that an invasion of Iraq was unnecessary, illegal, and would be utterly disastrous," said Zunes, a professor of politics at the University of San Francisco.

Related Topic(s): Democrats; Impeachment; Investigation; Israel; Military; Money; Schiff-Adam, Add Tags
Add to My Group(s)
Go To Commenting
The views expressed herein are the sole responsibility of the author and do not necessarily reflect those of this website or its editors.