I know that Santa Cruz, with 50,000 and the University of California on the edge of town, is a very friendly, liberal, and creative community. We are rich in artists, musicians, inventors, and writers. I live in the Santa Cruz Mountains in a home I built for myself, but I consider Santa Cruz my home town. And I love it. I have never love it more than today, as I headed into town in my new 2001 Prius and noticed that the traffic was backed up well onto the highway.

Normally this would be a drag (the Santa Cruz beach is the 3d most visited destination in California (after Disneyland and San Francisco) and so heavy traffic on weekends is common. But today it was overcast and cool...not a beach day. So I thought, I'm not the only one. Being a longtime area resident, I veered off to a sidestreet and parked and walked in and not knowing where the rally was, I just flowed along with the crowd of gaily dressed youth, old folk, and children.

When I finally got to Front Street (the main street), I found I was flowing into a huge march, with thousands of handmade signs, mostly about justice and love. I stepped into the march and I could not see the end in any direction.

The people were mostly smiling and laughing, enjoying "the strange love" that arrives when people revolt together and become a WE, as Camus wrote in The Rebel. This will be mocked by the cynics, and perhaps not quite understood by those who have participated in collective resistance and immediately understood by those who have. My last memories of such a feeling of brotherly and sisterly love was in the Civil Rights Movement, the Anti-Vietnam War movement, and the early days of the 60's countercultural celebrations of unity and love.

So we marched and waved signs and laughed and then stopped, all 15,000 of us, in a small town where more than 10 is a crowd. The first speaker was a native American who opened with a prayer about planting seeds and she gave the crowd a feeling of appreciation of diversity, of standing up for the oppressed, and of beginning something anew.

The next speaker was a "Latina, a Mexican-American," from Watsonville, 15 miles south of Santa Cruz, where the most common language is Spanish. She could not stop expressing how much love she felt, and the crowd reciprocated.

Then came a local singer, African-American Tammy Baker, a beautiful, brown lady with the voice of a powerful angel, who sang first We shall not be moved, which took me back to the Civil Rights days....,and then, explaining that the beauty and love of the gathering (crowed is not the right word), of the convergence, had her on the verge of tears...and as she finished Knockin' on Heavens Door (Dylan), I saw the tears in her eyes....and realized that my tears, which had risen when I first saw the incredible response in this small town of 15,000 brothers and sisters, and did not stop until, after two hours and my 75 yr old back aching, I walked back to my car.

I cried out of gratitude for the huge response of the real people, the real majority that voted against Trump and his fascist agenda, the 60-70% who disapprove of him. This was not a gathering of angry people, for outrage when it meets its communal response is transformed into the kind of love that Dr. King said was the only force able to defeat the hatred that Trump and his fascist thugs represent. This was the love of the "brotherhood from sea to shining sea," as I thought of the half a million in Washington DC, the millions in Rome and London and other countries and hundreds of towns and cities across America. 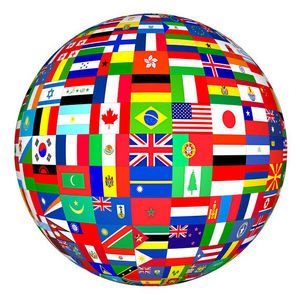 Nationalism divides us and is the cause of war; patriotism unites us in shared values of equality, diversity, tolerance, and compassion.

The most moving song was sung by another local group and it cured the anger I had felt earlier in the day being called an un-American Gestapo by one of our OEN right wingers. The song was sung by the entire gathering; it went:

"I am a patriot. I love my country, for it is the only country I know. I love my family because it understand me. I am a patriot." To hear 10,000 people singing I am a patriot, I love my country, at a gathering that Trump supporters like Paul Craig Roberts say are paid actors (see my companion article), wiped away the hatred that had been hurled at me and made me realize that nationalism is the opposite of patriotism, for patriotism is about standing up for our founding values of equality, brotherhood, and consent of the governed, of tolerance and diversity, of inclusion and, yes, love.

Related Topic(s): Cynicism; Democracy; Equality; Family; Fascist; Hatred; Love One Another; March; Nationalism; Patriotism; (more...) Protest; Rally; Resistance; Revolt; Scapegoat; Solidarity; Supporters; Tolerance, Add Tags  (less...)
Add to My Group(s)
Go To Commenting
The views expressed herein are the sole responsibility of the author and do not necessarily reflect those of this website or its editors.