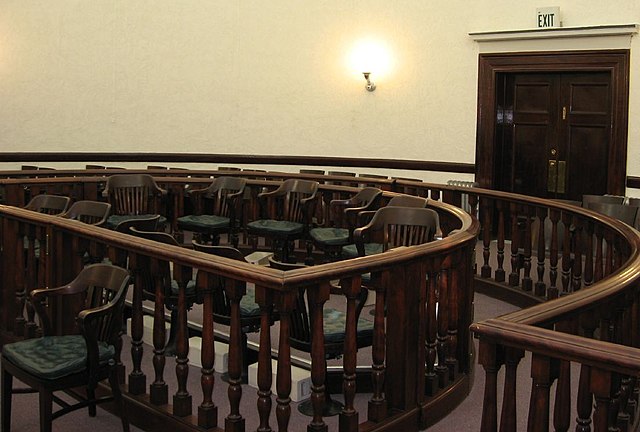 I remember when a suspect was regarded as innocent until proven guilty in a fair trial. Today prosecutors convict their victims in the media in order to make an unbiased jury impossible and thereby coerce a plea bargain that saves the prosecutor from having to prove his case. In the United States law is no longer a shield of the people. Law is a weapon in the hands of prosecutors. (See Roberts & Stratton, The Tyranny of Good Intentions.)

Formerly, if a prosecutor staged an arrest for publicity purposes, as Mueller did by placing a CNN presstitute on the scene and sending a couple of dozen heavily armed men in a pre-dawn raid to arrest a well known political consultant for allegedly "lying to Congress" when the appropriate procedure is for Mueller to inform Stone's lawyer to present his client for indictment, the judge would throw out the case on the grounds that the prosecutor's unethical action had biased the juror pool and made a fair trial impossible. The judge might also have thrown out the case on the grounds of selective prosecution. James Clapper while serving as Director of National Intelligence lied to Congress under oath and suffered no consequences, and Hillary Clinton has clearly broken the law and lied about it.

Today judges permit unethical behavior by prosecutors that deprives defendants of a fair trial, because judges don't want the bother of trials any more than prosecutors do. Consequently, according to official statistics 97% of federal criminal cases are settled by a defendent pleaing guilty to a charge negotiated by his attorney and a prosecutor. As the charge is a negotiated or made-up one, most people in prison are there for confessing to crimes that never occurred.

Prosecutors, now that they are no longer bound by constraints of legal integrity, often fabricate a case against a person in order to force the person to give false testimony against the prosecutor's real target. This is what Mueller's cases against Cohen, Manafort, and Roger Stone are. Trump is the target, not Cohen, Manafort, and Stone. In addition, prosecutors string out the investigation so long that they force the target to use up his net worth fighting off an indictment. Then when the indictment arrives, there is no money left for lawyers, which adds to the pressure to "cooperate." If Trump were a fighting man, he would pardon Cohen, Manafort, and Stone, reimburse them out of the Justice (sic) Department's budget for their legal expenses, and have Mueller arrested for sedition and plotting to overthrow the duly elected President of the United States. This would be hypocritical as Trump himself is plotting to overthrow the duly elected president of Venezuela.

Mueller is not an agent of law. He is the agent of the military/security complex and the Democratic Party who intend to do away with Trump, because Trump positioned himself between them and their agendas.

The preposterous charge against Trump is that he, in league with Russian President Vladimir Putin somehow through computer hacking and backdoor deals stole the presidential election from Hillary Clinton. This is the fabrication known as "Russiagate." The creation of this fabrication involves far more crimes than those of which Trump, Cohen, Manafort, and Stone are accused. "Russiagate" rests on a fake "dossier" paid for by the Democrats and perhaps the FBI that was used to mislead the FISA court in order to obtain permission to spy on the Trump team. This is a felony for which the officials responsible are not being charged. The spying failed to turn up any real evidence, and neither has Muller's "investigation." The charges against Cohen, Manafort, and Stone are unrelated to the election and are likely false and used as threats for the purpose of eliciting false testimony against Trump in exchange for dropping the charges.

Mueller's tactics in his effort to frame the President of the United States are more despicable than the tactics to which the Gestapo stooped. Even worse, they are the tactics commonly in use today by US attorneys, and this evil has spread into state and local prosecutions. That prosecutors routinely behave in a way that once would have caused them to be dismissed from office shows the collapse of law and prosecutorial integrity in the United States.

The American and British media are as accommodating in the frameups as the German media was with the Nazi government. The Guardian, once an honest voice for the British working class, is now a propaganda sheet for British intelligence just as the New York Times, Washington Post, CNN, MSNBC, and NPR are for the CIA and FBI. The US media has never been very good, but until the Clinton regime during which 90 percent of the media was concentrated in six corporate hands, there was more than one explanation.

Since Donald Trump won the Republican presidential nomination, the media has been allied with the military/security complex and the Democratic Party in an effort to deep-six Trump. As I expected would be the case, Trump had no idea how to staff a government that would have supported him against the Establishment. He has been blocked on every front from normalizing relations with Russia to establishing control over US borders to withdrawal from Syria. The latest line from the military/security complex and the presstitutes is that the US cannot withdraw its troops illegally occupying a rump section of Syria, because ISIS is resurgent in Syria and Iraq and will renew the war if US troops are withdrawn.

This is nonsense. As General Flynn, the former director of the Defense Intelligence Agency, said on television, it was a willful decision of the Obama regime to send ISIS to overthrow Assad once Russia and the UK Parliament blocked a US invasion. It is Russia and Syria who fought and defeated Washington's proxy army known as ISIS. Washington is blocking Trump's order to withdraw US troops, because Israel wants the US to renew the attack on Syria and to carry it into Iran. Israel and its American vassals must think that Russia is going to stand down and permit the destabilization of the Islamic world to proceed into the Russian Federation.

Once upon a time the media and the foreign policy community would have publicly examined these issues. Now the media reads out the script handed to them.

As for Roger Stone, the media's instructions are to convict Stone in the public's mind as a facilitator of the Trump/Putin theft of the US presidential election. The actual facts do not matter, and the facts will never emerge from the media or from Mueller's "investigation."

Related Topic(s): Government Accountability; Government Lawlessness; Lamestream Media; Media Hypocrisy; Media-News, Add Tags
Add to My Group(s)
Go To Commenting
The views expressed herein are the sole responsibility of the author and do not necessarily reflect those of this website or its editors.