The survival of civilization itself now hangs in the balance. As Naomi Klein convincingly--or better, irrefutably--argues in her new book This Changes Everything, climate change will demolish human life as we know it if progressives don't gain power over government. 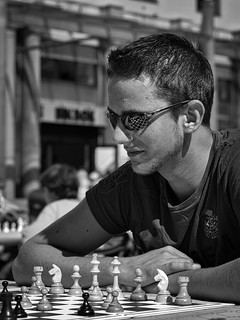 Why? Because only a responsive, interventionist government that lays down the law to corporations, seeks global peace and international cooperation, and equitably distributes both the benefits and sacrifices of a radically reorganized economy can hope to stave off the climate emergency we've now created by our climate foot-dragging. As should be obvious, only consistent progressives (by which I mean a band of the political spectrum left of nearly all incumbent Democrats) hold the required views. So progressives must gain power, or human civilization dies. It's really as stark as that.

Which is pretty scary, since progressives hardly have any political power at all. Only brainwashed right-wing Neanderthals, who can't tell a wishy-washy liberal from a Marxist, think our nation's drowning in a red, leftist tide. In fact, Obama's "terror threat" warmongering--in his pleas to eradicate "evil" ISIS, he seemed to be channeling Dubya--appealed less strongly to Congressional Democrats than to Republicans, who only objected that he didn't (yet) launch an all-out war. As to Congressional Democrats, they simply bowed (willingly, or with some ritual impotent grumbling) to the executive branch's now-apparent prerogative to launch ill-advised Middle East wars without the faintest shadow of strategy or legality. Anyone who sees progressives represented in any of this simply doesn't know the meaning of the word progressives. Or the word represented.

No, when it comes to actual policy, progressives are simply not represented, except in "moral values" questions like gay marriage or abortion largely unrelated to climate policy. Unless, of course, you count lip service as representation. There, progressives are splendidly represented, since lip service to progressive values--at least around elections or when the frustrated progressive base gets restless--is the specialty dish of today's Democrats. On crucial issues like militarism, surveillance, financial reform, trade agreements, or climate change, Democrats' actual policy is virtually indistinguishable from Republicans'. Only the rhetoric is progressive.

Since only an integrated package of progressive policies (which Klein insightfully elaborates in This Changes Everything) can save human civilization, progressives' utter lack of representation by Democrats is a serious problem. And a thorny one, since the one political party that does represent us--the Green Party--shows no evidence of soon bettering its routine 1%-or-less electoral performance. Of course, the climate justice movement (the most promising social movement now going, as evidenced by the massive turnout for the People's Climate March) could dramatically better that performance by having one of its key leaders--above all, Bill McKibben--urge climate justice activists to vote Green. But as fellow climate justice activist Chris Hedges noted, in an interview with Abby Martin of "Breaking the Set," McKibben seems congenitally incapable of threatening harm to Democrats. And he evidently prefers, as an organizer, to keep 350.org apolitical. That's doubly unfortunate, since his seems by far the most influential voice among climate activists.

See, making policy is ultimately about having power, and--unless our electoral process is so bad that civil disobedience to the point of shutting down society is necessary to gain it (Hedges' own viewpoint)--power is gained through elections. While I have deep sympathies with Hedges' views on this score, I don't see why we can't "work" the electoral process in parallel with organizing for civil disobedience. In fact, elections can be great consciousness raisers to build the huge numbers needed to make civil disobedience effective. I see no reason progressives and climate justice activists can't keep two strategic arrows--"street" and electoral--in our quiver.

But if a progressive electoral strategy is to have any effect, it must take account of the dismal electoral situation Hedges piercingly diagnoses. Namely, that in an electoral game controlled by corporate and plutocrat donors, Democrats can be counted on not to represent progressives. Of course they must keep up the rhetoric, for without its progressive philosophy, the Democratic Party has no identity, no reason to exist, whatsoever. Contrast this with Republicans, who really have two political philosophies: crony capitalism (their guiding standard) for the elite and resentful xenophobia toward "The Other" (like gays, blacks, Hispanics, liberals, Muslims, or intellectuals) for the masses. And Republican pols, often firm believers in both philosophies, can orate on their basis with conviction. Democrats, hopelessly torn between the party's progressive philosophy and the greedy--or, if progressive at heart, more likely horsewhipped--service of Mammon, manifest little progressive conviction. Except, perhaps, in the authorized progressive rhetoric Dems' plutocrat puppet masters tolerate as essential to the Democrat game.

Now, if any progressive good is to be gotten from Democrats--especially those showing hints of good progressive hearts--it's essential to drive a wedge between progressives and puppet masters. To forcefully demonstrate, in short, that Democrats' progressive base--perhaps more than plutocrat puppet masters--are a group to be feared. For example, a group that's unmoved by fear or guilt over electing "those crazy Republicans." A group willing, in short, to cost you elections if you don't "progressively" shape up.

Now, of course, electing Republicans is hardly desirable from a progressive standpoint. But there is a mechanism within the Democratic Party for striking fear in the hearts of insufficiently progressive incumbents; I speak, of course, of primaries. Now, I see no good reason for abandoning the primary strategy--a great tool for getting progressives' message heard. But anyone who's followed the pitiful, if well-meaning history of such groups as Progressive Democrats of America, knows that by itself, the primary strategy is woefully insufficient. Among other things, the Democratic Party leadership has embraced the plutocrat puppet masters, and is very willing to undermine progressive candidacies on that basis. Hillary Clinton's strong likelihood of beating any progressive challenger hinges crucially on that fact.

So, if progressives wish to gain power, Democrats need to taste stronger medicine. Here's what I propose: let's go Progressive Democrats of America one better with "Primary-Only Democrats." Here's the strategy: Primary-Only Democrats (PODs) will support, and actively seek out, progressive primary challengers to incumbent Democrats. (Of course, they'll also support sufficiently progressive incumbents.) But should those candidates not win, PODs will automatically vote Green in the general election.

Note that for progressives, this strategy maximizes the usefulness of voting; in both cases, the primary and the general election, progressives would, unlike now, be casting meaningful votes. In the primary, they'd be voting for a Democrat who actually represents them; as a Democrat, this candidate would, on winning the primary, stand a fair chance of actually getting elected. In the general election, voting would have a twofold usefulness: emphatically warning Dems that for progressives, only genuine progressive candidates are satisfactory; and, by improving Greens' polling numbers, helping convince disgruntled progressives that Greens are an increasingly viable party.

Needless to say, this strategy's effectiveness will depend on the rigor with which POD voters test Democratic candidates for "progressiveness." I'd urge making issues where most Democrats now radically fail--militarism, surveillance and civil rights, and support for fossil fuels (above all, fracking)--an important part of the test.

If enough progressives embrace this strategy--and members of the burgeoning climate justice movement, scorned by Democrats, have stronger motive than anyone else--PODs will have the numbers to cost Democrats elections. Which should teach Democrats a lasting lesson about "blowback" from mistreating progressives.

Of course, those who say Democrats are beyond hope may well be right, and they're simply too deep in corporate pockets ever to learn such a lesson. Well, fine; that hardly affects the value of the strategy. Quite simply, those who pragmatically clung to Dems in hopes of reforming them would have convincing proof that they're beyond reform and could simply in good conscience become Greens. The savagely uphill electoral path for Greens, who rarely better 1% of votes in national elections, convinces many progressives to remain Democrats, because turning Democrats more progressive seems a likelier prospect than electing Greens. Failing to respond to such savage electoral pressure would provide definitive proof Dems aren't reformable at all. I, for one, would turn Green in a heartbeat if Democrats showed they cared so little for progressives' votes.

Either potential outcome--a more progressive Democratic Party or a more viable Green one--seems more fruitful for progressives than anything elections offer now. I strongly recommend that progressives--and above all those who share Naomi Klein's vision of "climate justice or catastrophe"--consider organizing around this electoral strategy. While simultaneously organizing for civil disobedience.

Related Topic(s): Climate; Corporations; Democrats; Democrats Conservative; Democrats In Name Only Dinos; Democrats Progressive; Government; Green Party; Mammon; Primary; (more...) Progressive Values; Progressives Relationship With Democrats; Reform; Representation; Strategy, Add Tags  (less...)
Add to My Group(s)
Go To Commenting
The views expressed herein are the sole responsibility of the author and do not necessarily reflect those of this website or its editors.