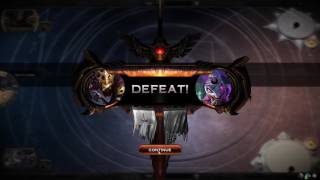 I am furious. And I have good reason to be furious.

I was going to write an article about a subject I have been thinking about for a long time.

This week I opened the New York Times and lo, my yet unwritten article appeared on its opinion pages in full, argument after argument.

How come? I have only one explanation: the author -- I have forgotten the name -- has stolen the ideas from my head by some magical means, which surely must be branded as criminal. A person once tried to kill me for doing the same thing to him.

So I have decided to write this article in spite of everything.

THE SUBJECT is idiocy. Particularly, the role of idiocy in history.

The older I get, the more convinced I am that sheer stupidity plays a major role in the history of nations.

Great Thinkers, compared to whom I am a mere intellectual dwarf, have pursued other factors to explain what has turned history into a mess. Karl Marx blamed the economy. The economy has directed humankind from its earliest beginnings.

Others blame God. Religion has caused awful wars, and still does. Look at the Crusades, which for almost 200 years raged in my country. Look at the 30-year War which devastated Germany. No end in sight.

Or geopolitics. The White Man's Burden. The Drang-nach-Osten.

For many generations, Great Thinkers have been searching for some deep explanation for war. There must be such an explanation. After all, terrible historical events cannot just happen. There must be something profound, something sinister, which is causing all this untold misery. Something that has accompanied the human race from its very beginnings, and that still directs our destiny.

I HAVE adopted most of these theories in my time. Many of them impressed me very much. Great thinkers. Deep thoughts. I have read many thick volumes. But in the end, they left me unsatisfied.

In the end it hit me. There is indeed one factor common to all these historical events: foolishness.

Related Topic(s): Conflict; History; Military; Wars, Add Tags
Add to My Group(s)
Go To Commenting
The views expressed herein are the sole responsibility of the author and do not necessarily reflect those of this website or its editors.