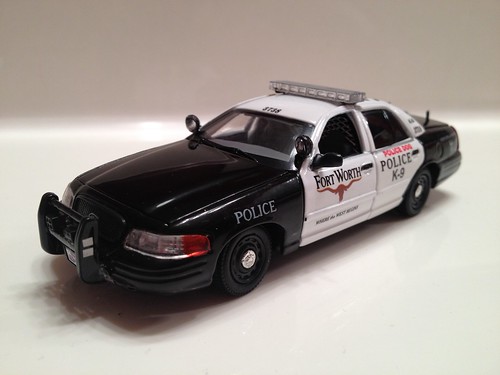 It is hard to believe that the ink is barely dry on my article regarding the police murder of a Black Person in America Botham Jean; and then the subsequent murder of another Black Person in America named Joshua Brown. Joshua Brown was a key, in fact pivotal, witness in the trial of the white, female uniformed thug employed by the Dallas Police Department that killed her neighbor, Botham Jean. The uniformed, state sanctioned thug was named Amber Guyger and she was found guilty of murder. Within hours of her sentencing, which was an insult that I have no verbiage for, Joshua Brown was shot to death. Both of these young Black People in America were in their 20's. They had not been given an opportunity to spend a decade removed from adolescence. They were kids, life just starting. In the aforementioned column I referenced being "spiritually and emotionally constipated" because I wanted to cry for Botham and Joshua, but could not.

I have children. They are all girls. The two oldest, ages similar to Botham and Joshua. The youngest, just passing adolescence, attends a private university. She has been honored by several U.S. presidents and first ladies; she has been perpetually on honor rolls and the Dean's List since she was in second grade. I have raised her, alone, her entire life. She is a wonderful human being; all three of them are. I often look at my youngest and say to myself "I wish I were as fine a person as she is". I also have a 22 year old niece that attends Boise State University. She is of such personality and intellect that her presence illuminates a room; she is more of a daughter than a niece. My life is full of beautiful, young, intelligent Black People in America; especially women.

Yesterday, I lost one of my children; one I do not know. She too, was a young woman of incredible promise; life just starting. Her name was Atatiana Jefferson. The irony in the fact that her last name is that of one of your "founding fathers", arch racist, murderer, slaver and rapist Thomas Jefferson is not even remotely lost upon me. Atatiana was 28-years old.

On Saturday, October 12, 2019, Atatiana was shot dead while at home. She was shot through a window by a Fort Worth police officer whose identity has yet to be disclosed; it is only known that he is a European-American and male. Fort Worth is a neighboring city to Dallas; which is where slave-patroller and murderer Amber Guyger was employed and killed Botham Jean.

Atatiana had completed her pre-med work and was a graduate of Xavier University. She was at home tending to her ill-mother and had spent the evening playing video games with her eight-year-old nephew. When you are an eight-year-old boy, few things are better than your aunt or uncle; this I know. What could be better than a late Friday night playing games with auntie or uncle?

At some point Atatiana's neighbor, 62-year-old James Smith asked for a wellness check after noticing that Atatiana's door was open, something he found unusual. Pursuant to that request the, heretofore unidentified, European-American male slave-patroller responded to the residence. Body camera footage shows the officer surveying the area around the house after seeing an open front door. The officer opens the backyard gate, notices movement in the window and shouts, "Put your hands up, show me your hands." Within a breath of this order, the officer fired a shot through the window killing 28-year-old Atatiana Jefferson, according to the Fort Worth Police Department. The officer did not announce himself as law enforcement prior to giving orders or shooting Atatiana.

Atatiana's eight-year-old nephew was in the room at the time she was killed. He is now traumatized, maybe even destroyed, for life. So, I lost two kids.

I hope this column is coherent, because I will have to leave it from time to time to acquire some modicum of composure. For some reason, maybe it is the time in which I live, writing becomes more and more difficult, disturbing and painful. A great man, named Ken (a noted psychologist, author and poet) once said to me: "writing is a thing that can be terribly awesome, or awesomely terrible". "Awesomely terrible" gets my vote. Then, again, I guess it depends on what one must write about and the demons that writing expels. Demons must be expelled.

One of the areas that police recruits have considerable difficulty with is police report writing. The vast majority of slave patrollers are not mental giants and writing is inherently difficult for most people anyway. In fact, in the majority of departments a watch commander or other supervisor has to okay reports from the field. Why? Because the police report is the single most important prosecutorial document. No matter how much evidence exists, or does not, an inaccurate, poorly written report will result in disaster as can a well written report, depending on motives. Cops lie on reports all of the time. In any event, there is certain language that they are taught that is simplistic but sounds "official" and is designed to, quite intentionally, skew the process towards the prosecution as opposed to fact finding that may result in a fair and impartial administration of justice. More importantly, the police report is designed in a way that inherently covers up officer misconduct.

Not all of us are blind, nor stupid.

To this very day, there is no central repository on police murders, shootings, or killings. The data compiled by the Federal Bureau of Investigation is rife with absent data, and it is estimated that almost 30 percent of police homicides are unreported as participation in supplying the data is voluntary. Obviously, if the data is not reported it cannot be interpreted and, thereby, acted upon. Why is participation "voluntary" as opposed to compulsory? And why, if the slave patrols are acting honorably would they, and you, not demand that such data be reported? This is not an accident, not at all.

On January 1, 2019 California enacted a new law known as SB-1421. The law requires law enforcement agencies, statewide, to open up police misconduct records and complaints from the public. Police unions and some law enforcement departments in California have refused to release records covered under the law, arguing there is no provision that makes the statute retroactive. They flat out have said kiss our asses to the State Legislature and the taxpayer. They are above the law and flagrantly violating it, yet no one is shooting them in their living rooms or even arresting them. Where is the European-American outrage in this "nation of laws"? Violating the law, under "color" of law.

Related Topic(s): AMERICAN CIVIL LIBERTIES UNION; American Center For Law And Justice; American Hypocrisy; American Republic; American_History; Law; Murder; Police; Shootings, Add Tags
Add to My Group(s)
Go To Commenting
The views expressed herein are the sole responsibility of the author and do not necessarily reflect those of this website or its editors.