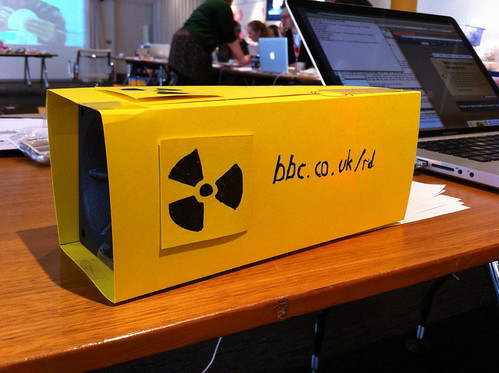 Many things are taking place in the world today; things that both imperil, and should be of concern to, every one of the 7.5 billion of us that inhabit this spinning, blue rock. In just the last few weeks a congressional impeachment inquiry was announced pertinent to United States President Donald Trump. In just the past 96 hours, China has paraded (literally) hypersonic ICBMs that can evade U.S. defenses and radar. The United States has abandoned its commitments in Syria, suddenly. The ever-simmering cauldron between the United States and Iran continues to roil to a boil. Much-anticipated nuclear negotiations with North Korea were abruptly ended by the North Koreans, with the North Koreans citing that "the US has not discarded its old stance and attitude".

Along with all of the aforementioned there is climate change, student-loan debt (which I am intimately familiar with being the parent of a co-ed at a private university), election "meddling", homelessness, gas prices soaring, an impending recession... I could continue ad nauseam, but I will not. Because, you see, when you look like me you face a more immediate and, indeed, existential threat. A threat and reality that has haunted me, and only those that look like me, from the time we were forced to come to the shores of North America against our will four-hundred years ago. We have not the luxury of thinking lofty thoughts about "the elite", "globalism", "climate change", "children in cages", immigration, impeachment, or any of the other bovine feces that European-Americans and, in fact, every other "American" envelopes themselves in and self-righteously intoxicates themselves with.

On September 6, 2018, a 26-year-old Black Person in America was murdered, in cold blood, by an "off-duty" Dallas police officer named Amber Guyger. The murdered Black Person in America was a man named Botham Jean. Any parent of a twenty-something-year-old knows that they are still, very much, kids for the most part. Amber Guyger murdered that young man while he sat in his own apartment; watching television and eating ice-cream. Though Amber Guyger was at the wrong apartment, on the wrong floor, she "thought" she was in her own apartment and saw "the door was slightly ajar as she tried to use her key, which has an electronic chip. When she opened the door, she saw the interior was almost completely dark. She described seeing a large silhouette and, believing there was an intruder in her apartment, drew her firearm. And there, in his own home, Botham Jean's life ended; he was in his "living room". His living room became his death chamber.

Surprisingly, Amber Guyger was charged with murder. Her trial ended last week and a verdict was reached. She was found guilty. At the time the verdict was announced I told my daughter: "Beware, because the b*tch-slap is coming and it will be in the sentencing phase." The b*tch-slap, just as I prophesied, came to pass. For a charge that could have a 99-year sentence, Amber Guyger received a 10-year sentence; she is eligible for parole in 60 months, and she will receive that parole.

Since I expected same I had steeled myself as best as possible and, actually, pretty much kept it together. European-Americans are never going to voluntarily stop their slave patrol, state-sanctioned murder of Black People in America. For one, they have no reason to. People do not change what works for them; they only change what does not, and sometimes not even then. Secondly, these murders have a more ominous purpose and that is to keep Black People in America in their places. To let us know 'Nigga, your life means nothing. I can take your life at the drop of a hat and get away with it' and believe me, I get it. Any individual ignorant to that which I am referring, ought to step out of the darkness and read "The Hidden History of Guns and The Second Amendment" by Thom Hartmann.

I, quite frankly, was rather proud of myself in that I managed the situation as well as I did. The verdict came the middle of the week, and the sentencing at the end of the week. So far, so good.

Then, the weekend came.

Ninety-six hours ago the key-witness in the criminal trial of Amber Guyger was murdered. His name was Joshua Brown. Joshua was a 28-year-old Black Person in America. Joshua's testimony in the criminal trial was pivotal and would be equally so in the upcoming civil trial against the Dallas Police Department and "Officer" Amber Guyger. Within hours of the sentencing of Amber Guyger, this young man was shot to death. A young man who had the intestinal fortitude and heart to speak the truth pertinent to the state-sanctioned murder of his neighbor. One speaks, when seeking truth, from the heart, through their mouths.

Joshua Brown was shot in his mouth, and in his heart. An unequivocal message.

When I became aware of this blatant assassination, I was stunned. To my chagrin, I had not expected it, though I should have. I did not sleep well that night, but that is par for the course with me. I managed through Sunday; I kept repressing my thoughts and feelings. Repression, sometimes, is a survival mechanism, but rarely is it constructive or therapeutic.

Today was the day of reckoning (in more ways than one). I had to see my dentist today, and am neither bragging nor complaining in disclosing that I am the biggest coward when it comes to dentists that the world has ever known. Sadistic bastards are dentists, methinks.

Related Topic(s): AMERICAN CIVIL LIBERTIES UNION; American Center For Law And Justice; American Center For Law And Justice; American Empire; American Flag; Complicity; Death; Integrity; Legacy; Murder; (more...) Other; Police; Radiation; Violence, Add Tags  (less...)
Add to My Group(s)
Go To Commenting
The views expressed herein are the sole responsibility of the author and do not necessarily reflect those of this website or its editors.