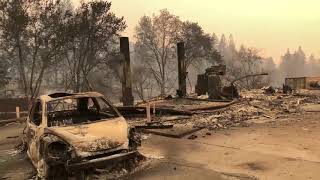 People born in the 1960s may be the last human beings who will get to live out their full actuarial life expectancies.

"Climate change now represents a near- to mid-term existential threat" to humanity, warns a recent policy paper by an Australian think tank. Civilization, scientists say, could collapse by 2050. Some people may survive. Not many.

Some dismiss such purveyors of apocalyptic prognoses as hysterics. To the contrary, they're Pollyannas. Every previous "worst-case scenario" prediction for the climate has turned out to have understated the gravity of the situation. "Paleoclimatologists have shown that past warming episodes show that there are mechanisms which magnify its effects, not represented in current climate models from the Intergovernmental Panel on Climate Change to the Paris Accords," reports The Independent. It's probably too optimistic to assume that we'll make it to 2050.

Millennials and the children we call Generation Z face the horrifying prospect that they will get stuck with the tab for humanity's centuries-long rape of planet earth, the mass desecration of which radically accelerated after 1950. There is an intolerably high chance that today's young people will starve to death, die of thirst, be killed by a superstorm, succumb to a new disease, boil to death, asphyxiate from air pollution, be murdered in a riot or shot or blown up in a war sparked by environmentally-related political instability long before they survive to old age.

Long threatened, never taken seriously, not even now that it's staring us right in the face, human extinction is coming for the children and grandchildren we claim to love but won't lift a finger to save.

Shelves sag under the weight of books that have been written arguing that we still have a chance to save ourselves. I wish I could believe that. Human population has tripled since the 1950s. More than a million species have gone extinct. Ninety percent of the fish in the ocean have vanished, replaced by one billion tons of plastic. Two-thirds of the trees have been cut down. The polar ice cap is gone; it's never coming back.

We can't stop global warming. An increase of four degrees Celsius over the baseline set at the beginning of the Industrial Revolution means game over. We're well on our way there. It doesn't make sense to think that we can avoid extinction.

What if we woke up and demanded action from our political leaders? Radical problems require radical solutions; only the most radical of solutions could resolve the most radical problem of ruining our planet's ability to sustain us: revolution. We would have to rise up and abolish -- immediately -- consumer capitalism in all the major greenhouse gas-producing nations, prioritize cleaning the environment as the human race's top concern, and pivot to an economic mindset in which we extract the bare minimum from the ecosystem that we need in order to survive and nothing more.

Voting might achieve some incremental reforms but reform falls far short of what we require. Saving our young people (and their children, should they be foolish enough to have any) would require global revolution, the violent overthrow of the ruling elites and replacing them with people who understand what must be done. It would need to happen today. Fifty years ago would be better. Got a time machine?

None of this is going to happen. We are going to sleepwalk to our doom in a haze of social media and corporate entertainment distraction.

So it's time for people who are younger than I am to start thinking about how they want to spend the rest of their likely-to-be-truncated lives, and how they plan to face mass premature death.

Pending human extinction destroys the answers provided by religion and philosophy. Knowing that there won't be anyone to know that we were ever here raises the question: why bother to do anything? This column, this year's "important" presidential election, love, hate, everything will lose its meaning when the last member of our species draws her last breath. Earth is unlikely to be visited by an alien archaeologist, much less uncover everything we've made and created (assuming any of it survives), much less figure out what any of it meant, before the sun expands into a red giant and ends it all.

Much is to be said for hedonism: eat, drink, have sex, and don't bother to sort your recycling, for tomorrow we die. Stoicism has its advantages too; go out with dignity rather than weeping and gnashing your teeth and making your fellow survivors miserable.

Related Topic(s): Civilization; Climate; Death; Extinction; Pollution; Scientists, Add Tags
Add to My Group(s)
Go To Commenting
The views expressed herein are the sole responsibility of the author and do not necessarily reflect those of this website or its editors.