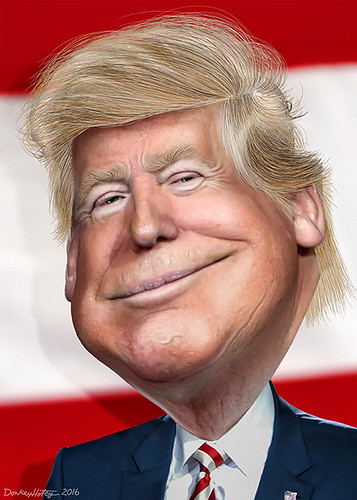 Angela Clark-Smith, a lawyer, started learning about the intricacies of observing elections when she was a member of the same sorority as Vice President-elect Kamala Harris. In 2020, three decades later, she was deployed by the Georgia Democratic Party to observe the presidential election and, most recently, the processing of returned absentee ballots in its Senate runoffs.

"There's a process. It is very straightforward," Clark-Smith said during a break at an early voting center in an Atlanta suburb, where she praised poll workers and the process of verifying signatures on ballot envelopes and flagging problems for follow-up with voters. "Watching it was like watching a work of art."

Elections in Georgia are better run than those in many blue states. But as the state has become a national battleground following Joe Biden's narrow win there and during Senate runoffs that could return control of Congress to the Democrats, the artful process that Clark-Smith has seen and praised has become a "circus," she says.

Clark-Smith witnessed the turmoil that is tearing apart American democracy: where partisans do not understand the process; do not know what they are seeing as they view election administration up close for the first time; and are part of a tidal wave -- nearly three-fourths of Republicans, according to an NPR poll conducted in early December -- who don't trust that the 2020 election results are accurate.

"It went from a really dignified process to feeling it was like a circus," Clark-Smith said, referring to the Republican observers who came to watch the initial processing of the runoff's absentee ballots. "You had people who were jumping on tables and making accusations. There was this one man who said, 'We should count this vote!' And I'm like, 'Sir. It's a write-in vote for Mike Pence. He's not on the ballot! Relax...Sit down...ome on!"

American politics and elections have always had dark sides: Suspicions versus inquiries. Fictions versus facts. Conspiracies versus realities. Yet the darker impulses seem to be worsening. In every close presidential election since 2000, growing numbers of partisan activists and voters whose side lost are angrier.

The 2020 election stands apart because the president has been leading this truculence by making false claims to rally his base, raise hundreds of millions of dollars and dangle extremist courses to stay in power, such as recently floating a declaration of martial law. Trump's anti-democratic antics and sowing of wide distrust of electoral institutions are in a class by themselves. No foreign power has made as persistent an attack on American democracy.

There are other differences between 2020 and recent presidential elections that roiled voters. In 2000 and 2004, and then in 2016, voting rights reformers called out structural deficiencies -- not fantasies. It was a real problem that all-electronic voting systems meant that ballots could not be recounted. It was a valid concern that central counting nodes could be tweaked by local election officials or their contractors to tilt outcomes, or theoretically infiltrated by computer hackers.

By 2020, some of these top criticisms had been addressed. Russian interference in 2016's presidential election was an unanticipated impetus to replace or shore up voting systems. Reformers' demands, such as using paper ballots and better vote count audits, were adopted. Other demands, mostly from progressives who could not accept that Republicans had again won, fell on deaf ears. Those demands, such as abandoning electronics in voting systems, have been seized by Trump backers.

What is more ironic from an election administration perspective, however, is that 2020's general election has been one of the best-run elections in years. The same can be said of the early voting for Georgia's Senate runoffs, which culminate in a January 5 election. The positive outlook on the 2020 elections is supported by facts, which Trump and his supporters ignore as they make baseless claims to the contrary.

No election is flawless. That's especially true of presidential contests, such as this fall's election where 158.2 million people cast ballots in a national exercise staffed by 900,000-plus citizen poll workers. There are always poll worker errors, uncounted votes and some people voting illegally. Most lapses are due to human error and do not affect the outcomes in major races. Those issues were seen in isolated instances in presidential battlegrounds this fall. Yet consider the objective measures about the larger contours of the 2020 general election.

A Deepening Democracy Crisis: More than 70 Percent of Trump Voters Distrust the Best-run Election in Years