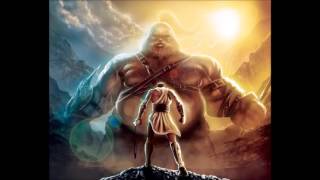 I have July 21st circled on my calendar almost as many times as my wedding anniversary and my grandkids' birthdays.

I'll always look back on that day with a big smile on my face. It was a huge, hard-fought victory for working people all across this country.

The CFPB started as an idea that I wrote about as a law professor in a 2007 academic journal about toasters. Yes, toasters.

Think about it: we have government safety regulations in place for products we buy every day. No medicine laced with rat poison. No cars without functioning brakes. And no exploding toasters. But in 2007, there was no government agency that would stop the sale of exploding mortgages.

A year after I published this article calling for a new "Financial Product Safety Commission," something awful happened: the country's financial system imploded. The biggest economic downturn since the Great Depression. Millions of people lost their jobs, lost their homes, and lost their life savings.

Suddenly my idea for a new consumer agency didn't seem like such a pipe dream. So we got organized. Labor unions like the AFL-CIO and SEIU joined our fight to protect working people. Civil rights organizations like the NAACP and National Council for La Raza jumped in (African American and Latino families had been targeted with some of the very worst subprime mortgages). And groups like the AARP and Consumers Union said this was their fight, too.

Of course, the giant financial institutions were dead set against an agency whose job was to get the tricks and traps out of the fine print of financial products. They spent more than $1 million a day lobbying against financial reform and the new consumer agency.

It was David-versus-Goliath all the way -- but in 2010, President Obama signed the Dodd-Frank Act into law. And exactly one year later, the new Consumer Financial Protection Bureau was open for business. Woo-hoo! For seven years, the CFPB has been the cop on the beat, making sure that financial products are safe, that everyone's playing by the same rules, and that these devastating financial crashes never happen again. And my friend Rich Cordray did an AMAZING job as the CFPB's first director.

But from the day it opened its doors, the agency has been under attack. And in the years since then, the banking industry, their lobbyists, and their Republican friends in Congress have tried to kill, delay, and defang the agency -- again and again.

The CFPB's acting director, Republican Mick Mulvaney, called the CFPB a "sick, sad joke." He has taken steps to gut the agency from the inside, like dismantling the key office dedicated to protecting student borrowers from predatory student loan companies. Now, Donald Trump wants to name Mick Mulvaney's protege' at the OMB as the agency's permanent director.

And on top of all that, Donald Trump has named a new Supreme Court nominee who has argued that the CFPB is unconstitutional.

The CFPB doesn't have a ready-made lobbying group. The people who got scammed by Wells Fargo don't have $1 million a day to spend on a PR campaign in support of the agency. Instead, it's up to us: to demand this agency continue its mission of protecting consumers, to demand a director with a demonstrated track-record of protecting consumers and holding financial firms accountable, and to demand a government that fights for the people.

I'm ready to fight with every bone in my body, and I hope you'll join me.

Thanks for your part in this...

Related Topic(s): Banks; Consumer; David Versus Goliath; Financial, Add Tags
Add to My Group(s)
Go To Commenting
The views expressed herein are the sole responsibility of the author and do not necessarily reflect those of this website or its editors.