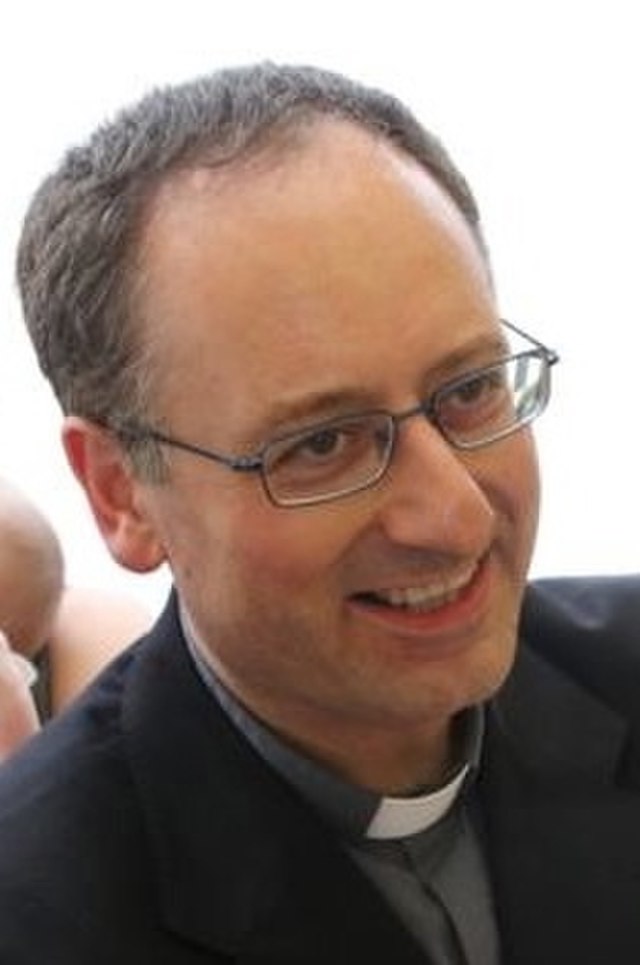 Now, Jason Horowitz, the Rome bureau chief of the New York Times, published a news story in the Times online titled "A Vatican Shot Across the Bow for Hard-Line U.S. Catholics" (dated August 2, 2017; the print version is titled "From the Vatican, a Warning Shot for Hard-Line Catholics in the U.S." and dated August 3, 2017, page A12).

Horowitz's news story focuses on the controversy in Roman Catholic circles in certain online and print venues about an article-length editorial published in the Jesuit-sponsored Rome-based Italian-language magazine La Civilta Cattolica titled in the English-language version "Evangelical Fundamentalism and Catholic Integralism in the USA: A Surprising Ecumenism":

The co-authors are the Italian Jesuit editor of La Civilta Cattolica, Antonio Spadaro, a close friend of Pope Francis, the first Jesuit pope, and the Argentine Protestant pastor and theologian Marcelo Fugueroa. To get his own words and views out in Argentina, his home country, Pope Francis authorized an Argentine version of the Vatican newspaper L'Osservatore Romano in August 2017, and appointed his longtime friend Figueroa to serve as the editor. At an earlier time in Pope Francis' life, he, then-Cardinal Jorge Mario Bergoglio of Buenos Aires, appeared regularly with Figueroa and Rabbi Abraham Skorka in a TV program titled "Bible, current dialogue" that was broadcast on the Buenos Aires' diocesan channel.

Now, my favorite scholar is the American Jesuit cultural historian and theorist Walter J. Ong (1912-2003; Ph.D. in English, Harvard University, 1955). My friend and frequent co-editor the American Jesuit Paul A. Soukup in communication studies at Santa Clara University, the Jesuit university in Santa Clara, California, published an article about Ong's thought in La Civilta Cattolica (in Italian). No doubt Spadaro in his capacity as editor read Soukup's article about Ong's thought. It is even possible that Pope Francis may have also read it. However, I seriously doubt that either of them were much influenced by it. Nevertheless, I will use certain points from Ong's thought in the present commentary.

Arguably the theme of what Ong in his book Fighting for Life: Contest, Sexuality, and Consciousness (Cornell University Press, 1981), Ong's 1979 Messenger Lectures at Cornell University, refers to as agonistic structures (the Greek word agon means contest, struggle) is one of the most important themes in his work.

In connection with certain points in Spadaro and Figueroa's article, it is important to note here that Ong himself had earlier referred instead to polemical structures (the Greek word polemos means war, struggle) in his book The Presence of the Word: Some Prolegomena for Cultural and Religious History (Yale University Press, 1967), the expanded version of Ong's 1964 Terry Lectures at Yale University.

Related Topic(s): Bible; Catholic; Catholic Church; Catholicism Vatican Pope; Evangelical; Faith; Fundamentalism; Geopolitics; Protestant; Secular, Add Tags
Add to My Group(s)
Go To Commenting
The views expressed herein are the sole responsibility of the author and do not necessarily reflect those of this website or its editors.