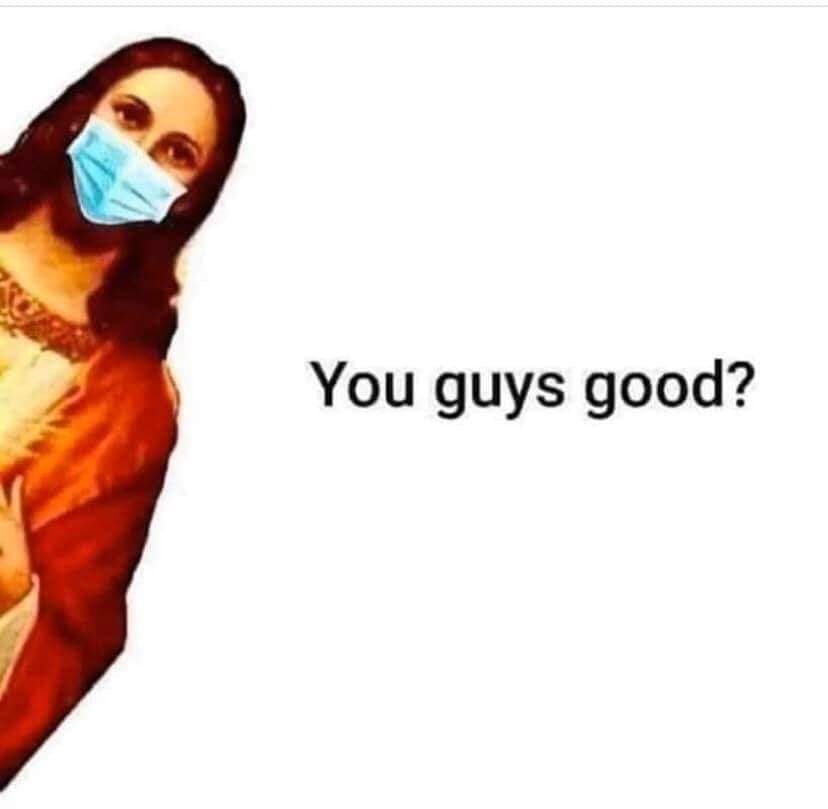 The New Life Christian Center in Austin, Indiana, has come under fire for following the teachings of the Bible.

This past Thursday, March 12th, Indiana's governor recommended that people should not gather in groups of over 250 people, in an attempt to lessen the spread of the coronavirus.

This inspired the New Life Christian Center to post an invitation on their Facebook page inviting as many people as possible, with hopes there would be at least 250 people, to a church service. NLCC posted:

Due to the recent outbreak of fear - and the resulting raw, unmitigated stupidity - regarding the perceived threat of the 'corona virus,' etc., tomorrow night, Friday, March 13th, 2020, we WILL be having a church service here at New Life Christian Center in Austin, Indiana. Anyone who is sick, you are welcome to come to church. We will lay hands on the sick, and the sick shall recover.

People on social media attacked the plans for a public church meeting. An article was published on alternet.org claiming the church's plan for a large church meeting was embarrassing. The article quoted an atheist, who said, "Some churches care for the sick. This one wants to create the sick. It's dangerous, and they don't care." And a Christian was quoted in the article saying, "Wow. I'm a Christian. This post is embarrassing and I really hope for the sake of your elderly and immunocompromised attendees you choose to move to online-only services like thousands of other churches have until it is safe to gather in large numbers again."

The atheist, who is critical of the NLCC, does not understand that Christians at NLCC truly believe the promises in the Bible regarding faith healing. They don't want to create more sick people; they strongly believe the Bible is the Word of God, even though it is not, and that they can lay hands on the sick, and the sick will recover, as the Bible promises. The author of the article claims the NLCC is taking that Bible verse, which is found at Mark 16:18, out of context. The argument that the verse is taken out of context is debatable, since verse 14 shows the recently dead but then alive Jesus was allegedly speaking to the 11 apostles. So it could be argued that the promise of faith healing was restricted to only the 11 apostles and to the people they directly converted to Christianity. HOWEVER, it is open to debate.

One Bible promise that is not open to debate is found at John 14:12-14, in which Jesus says:

Verily, verily, I say unto you, He that believeth on me, the works that I do shall he do also; and greater works than these shall he do; because I go unto my Father. And whatsoever ye shall ask in my name, that will I do, that the Father may be glorified in the Son. If ye shall ask any thing in my name, I will do it.

Based on this Bible promise attributed to Jesus by the anonymous author of the Gospel of John, Christians, possibly only male Christians as the pronoun "he" is used and Jesus' religion of Judaism promotes misogyny, will, after Jesus flies back to heaven and is with his father as Christian doctrine claims already happened, be able to do all the things the Bible claims Jesus did, such as healing the sick, raising the dead, walking on water, etc., etc., PLUS they will get whatever they ask for in Jesus' name in prayer. These Bible verses should be the favorite Bible verses for all Deists and other freethinkers. This is because of their cut and dry unambiguous language. The failure of a sincere Christian to demonstrate the truth of this Bible promise, will get them to realize that God gave them their innate reason and not Christianity or any of the "revealed" religions. It will help them to see the Bible, or any other man-made book, is definitely NOT the Word of God and that Thomas Paine was correct when he wrote in The Age of Reason:

I believe it is only in the CREATION that all our ideas and conceptions of a Word of God can unite. The Creation speaks a universal language, independently of human speech or human language, multiplied and various as they may be. It is an ever existing original, which every man can read. It cannot be forged; it cannot be counterfeited; it cannot be lost; it cannot be altered; it cannot be suppressed. It does not depend upon the will of man whether it shall be published or not; it publishes itself from one end of the earth to the other. It preaches to all nations and to all worlds; and this Word of God reveals to man all that is necessary for man to know of God.

This realization will help them to break free of the man-made superstitions/"revealed" religions and thus make the world a safer and better place.

Bob Johnson is a paralegal and a freelance writer in Florida. He was raised Roman Catholic, but after reading Thomas Paine's The Age of Reason, he became a Deist. In 1993 he founded the World Union of Deists and in 1996 he launched the first web (more...)
Related Topic(s): Bible; Christian Religion; Christian Universalism; Christian Values; Christianity; Church State Separation; Church-State Theocracy; Faith; Freethinker; God; (more...) Jesus; People; People; Religion, Add Tags  (less...)
Add to My Group(s)
Go To Commenting
The views expressed herein are the sole responsibility of the author and do not necessarily reflect those of this website or its editors.