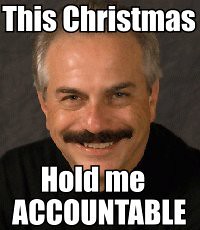 Not long after the 2010 elections left the Democratic Party in disarray, Senator Mitch McConnell --never the most tactful of fellows -- said that "the single most important thing we want to achieve is for President Obama to be a one-term President."

Such a sentiment revealed the man' total short-sightedness, and willingness to put the political ahead of the personal. 307 million persons, in act -- many of whom need some real help right about now.

He's not the only person to put the political above the personal this season, though.

A more tragic episode played out at Fort Meade this last week, when, at long last, former LTC Terry Lakin -- now a decommissioned prisoner -- had his Court Martial for a variety of charges, all stemming from his well-publicized refusal to obey orders because he was not convinced that President Obama was eligible to serve.

You see, LTC Terry Lakin was persuaded, like perhaps far too many people in America today, that, all reasonable evidence to the contrary, Barack Obama had not proven that he was a natural born citizen.

Like those persons, whom we call Birthers, Lakin did not believe that Obama's Certification of Live Birth (COLB) was legitimate enough for him to be deployed to a war zone in good conscience. Neither the proof that had been unearthed to reveal its authenticity, nor the shredding of the "proof" to reveal it as a fake, were enough for him.

LTC Lakin wanted more proof before he got on a plane, and he publicly refused to follow his orders to do so until he got that proof. I don't know if he expected Obama to call up The Doctor and use his TARDIS to whip Lakin back to the moment the President was born, in Hawai'i, or whatever, but somehow I wonder if even that would have been enough.

So Lakin got a questionable dogbite lawyer -- Paul Rolf "Otis" Jensen -- to help him publicize his mutiny. And numerous persons -- fellow Birthers, some more well-known than others -- cheered him on for doing so.

* Alan Keyes, who you may remember carpet-bagged to Illinois to run against Barack Obama when he ran for the Senate, and has been decrying him as the devil's hand on Earth ever since.

* Orly Taitz, the Birther Queen, who has made a mockery of California's bar standards in her quixotic quest to unseat the President by way of the legal system.

* Joseph Farah, publisher of World Net Daily, who claims he's not a Birther, but also takes credit for turning it into a major issue.

* Rev. James Manning, Pastor of ATLAH in Harlem, who likes to call Obama a "long legged mack daddy" when he pounds his pulpit.

And various and sundry other people, who took up Lakin's cause with total glee.

You see, all other cases up to this point had been attempts to put the President on trial, or gain "discovery" so they could get their hands on the documents the President was supposedly hiding. But now here, at last, was a case where a person had put HIMSELF on the chopping block.

At last, some noble soul was willing to throw his own freedom and livelihood into the meat grinder to prove the case once and for all.

Related Topic(s): Alan Keyes; Birthers; Compassion; Decency; Joseph Farah; Ltc Terry Lakin; Military Justice-Court- UCMJ; Obama; Orly Taitz, Add Tags
Add to My Group(s)
Go To Commenting
The views expressed herein are the sole responsibility of the author and do not necessarily reflect those of this website or its editors.