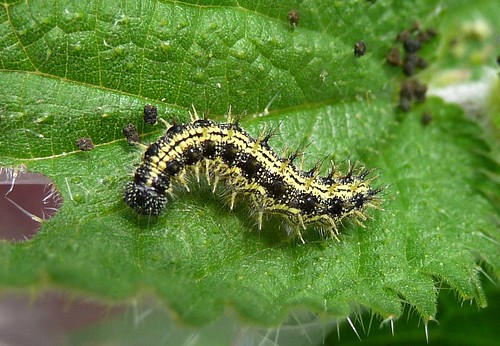 As we seek ways to mitigate the damage caused by the multiple crises currently being exacerbated by the Trump administration, it is important not to lose sight of larger perspectives, which will be discussed in the latter part of this essay. First, we turn to Donald Trump.

This article shares some of the insights of Philip Slater and others who argue that we are in the midst of a massive positive metamorphosis of global culture toward greater maturity in which old cultural premises are challenged; meanwhile upholders of tradition see this process as a social ill - a critical moral infection worthy of being attacked and destroyed.

Donald Trump is prime example of a childhood gone terribly wrong, his own resulting twisted and arrested development, and his current, deeply personal attachment to authoritarianism.

Mary Trump, who is the President's niece, a clinical psychologist and author of the best-selling book, Too Much and Never Enough: How My Family Created the World's Most Dangerous Man, shares the following:

Adorno and his colleagues, in their groundbreaking 1950 study, offered a specific formulation regarding a likely origin point for "the authoritarian personality". Their theory suggests that rigid, punitive parents, by definition, cannot tolerate any expression of a child's powerful, spontaneous, and natural sexual and aggressive impulses. Such parents respond to the child with an exaggerated punitiveness, and this parental reaction leaves the child no alternative but to repress those impulses - that is, to ban them from consciousness.

However, our knowledge of the psyche tells us that emotions banished into the mind's basement remain disturbing and tumultuous, whether or not "the owner of the house" is aware of their existence. As a defense against feelings, repression alone is rarely completely successful. To guard against the anxiety that these emotions might break through into conscious awareness, additional defenses must be erected, much as one might pile larger and heavier pieces of furniture against a door to keep out an insistent intruder.

It is understandable that a child will respond to his parents' excessively punitive reactions with feelings of rage. But this very emotion is one the child dares not allow himself to acknowledge - or at least must not connect with his parents' behavior. If forced to submit to abuse, it is common for a child, who is completely dependent on his or her parents, to deny parental abusiveness and continue to idealize them.

Adorno theorized that the beginnings of the formation of the adult authoritarian character style are forged in these humble and poignant origins. Unresolved feelings do not simply "go away" with the passage of time and physical maturation. The original aggressive emotions (and especially those feelings that arose following parents' suppression of those emotions), far from becoming extinct, grow into a major determining force of the adult's outlooks and beliefs.

Aspects of themselves that the individual disowned long ago are transformed into a more "acceptable" form - they are projected onto (unconsciously attributed to) others who are often members of a despised out-group. Hitler viewed Jews as evil and worthy of death. Trump's attitudes can be seen in his comments and actions concerning Mexicans and blacks.

Experimental psychologist Bob Altemeyer has spent his entire career studying authoritarians, both leaders and followers. Altemeyer's research shows that many right-wing authoritarian leaders also score high on measures of "Social Dominance Orientation". Empirical data demonstrates that they are "relatively power-hungry, domineering, mean, Machiavellian and amoral, and hold 'conservative' political outlooks". Many of them can accurately be referred to as "sociopaths" who see human beings exclusively as objects to be used toward self-serving ends; any means can be justified for achieving their ends.

"Double Highs" do not possess a functioning conscience -- they will do or say anything to accomplish a goal, regardless of the consequences to others. Not surprisingly, their parents have often modeled a lifestyle lacking ethics and morality. While numerous Americans continue to overlook and make excuses for Donald Trump's abnormal behavior, many other citizens are appalled by his actions as "leader of the free world".