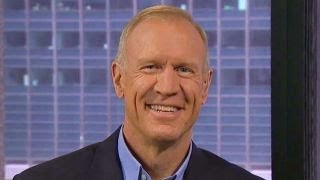 Illinois's Republican governor, Bruce Rauner, has made good money from his investments this year, according to his most recent "statement of economic interests." Much of Rauner's money comes from investments in a "health care company" called Correct Care Solutions, a group that provides healthcare services in mental hospitals, prisons, jails, detention centers, and ICE deportation facilities across the country. The company reports revenues of $1.2 billion a year, almost every cent of which is taxpayer money.

Rauner's investment means that he's making money off of human misery; he thus has a vested interest in locking up as many people -- the mentally ill, undocumented migrants, victims of the "war on drugs" -- or anybody else -- as possible. The more people in lockup, the more money Correct Care Solutions makes. It's a clear conflict of interest.

I've written previously about my own experience with prison healthcare. For all intents and purposes, there isn't any. There isn't any beyond the most basic, anyway. The only way companies like Correct Care make money is to provide as little care as possible. No expensive medicines are prescribed, necessary tests are postponed or not approved in the first place, and Tylenol is the drug of choice for nearly every malady in prison. I personally know one prisoner who suffered from hepatitis C. He was actually released from prison early because Correct Care didn't want to give him medication that would cure his disease, but which cost $1,000 a week. I personally knew four prisoners who died of preventable diseases in prison because the administration didn't want to pay for tests or treatment. It's all about the money.

I'm not going to rehash my beefs with the American prison system. Instead, I want to point out a troubling and dangerous new development. An alarming trend has emerged that indicates that Correct Care, the same company that built a billion-dollar empire profiting on the misery of sick prisoners, the same company that Governor Bruce Rauner has invested in, is now rebranding itself as the go-to healthcare company for mental hospitals, civil commitment centers, and ICE detention facilities. Expansion into these areas would guarantee the lifelong profitability of the company. It's a new market for the likes of Correct Care. And it will make a lot of people rich.

The real long-term growth market for Correct Care is in mental health facilities. More mentally ill Americans are held in prisons than in mental facilities. That's a sick fact, no pun intended. Correct Care saw the trend and wanted to get in on the action. While overall incarceration rates around the country fell during the Obama administration, incarceration rates for the mentally ill rose steadily. This presented an opportunity for profiteering. So what did Correct Care do? It changed its corporate structure to that of a Real Estate Investment Trust (REIT) and began buying halfway houses and "correctional treatment centers." And they spent millions of dollars to lobby politicians in Washington.

Florida is a good example of what has happened on Correct Care's watch. The company runs three of Florida's six state hospitals for the criminally insane. In a recent joint investigation done by the Tampa Bay Times and the Sarasota Herald-Tribune, reporters found evidence of roach infestation and sexual abuse of prisoners. They wrote that "patients didn't have enough food to eat and were picking through trash cans for their meals." The reporters deemed the facilities "torture chambers" and called for an FBI investigation. And instead of trying to correct the problems, the state of Florida cut the state hospital budget by $100 million and Correct Care cut staffing by a third. The state responded by relaxing the definition of a "violent attack" to make the numbers appear as if there had been no change to the status quo after the cuts.

The solution here really isn't that difficult. It's all about money and political commitment. The mentally ill, if they are not violent, should be in hospitals, not in prisons and jails. Even those mentally ill people who are violent shouldn't be in for-profit facilities. It's the profit motive that dooms the entire system.

I get that we're a capitalist country. I get that most Americans want to make a profit on everything and watch their money grow. But this is one case where only a heavily-regulated mental health industry with strong government oversight can work to treat people and keep them safe. In terms of the national mood, though, we just aren't there yet.

Related Topic(s): Detention; Healthcare; Mentally Ill Prisoners; Money; Prisoners, Add Tags
Add to My Group(s)
Go To Commenting
The views expressed herein are the sole responsibility of the author and do not necessarily reflect those of this website or its editors.