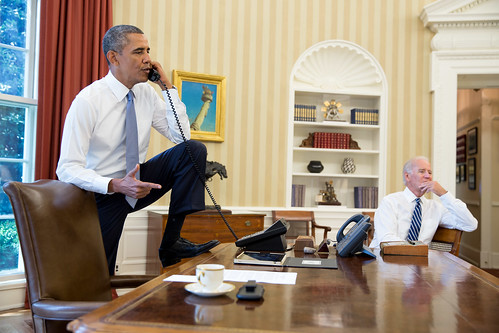 It was the 11th hour of the 11th day of the 11th month when the guns fell silent on the killing fields of the First World War. Some 20 million died, about half of them civilians. Such is modern war. Noncombatants are not spared for they are the economic glue holding the military together, supplying food, clothing and weaponry.

The horror of WW1 was not enough as two decades later almost the same adversaries were at it again. WW2 lasted six years, two years longer than WW1 -- the dead this time numbering over 50 million. And there have been wars since with the US assuming the mantle of a defender of democracy against the villain of the day be it communism or Middle East terrorism.

Whatever may be said of Donald Trump -- and there is plenty -- he has more or less kept the US out of war. The new president-elect anointed by the press, which has hardly ever before been quite so one-sided, has been a vociferous backer of wars. He was a leading Democratic backer of Republican George Bush's war on Iraq. As part of the Obama-Biden team, he supported their so-called "good war" in Afghanistan and the troop surge. That administration bombed Serbia and Syria, decimated Libya, a prosperous country then that has still not found peace. Sub-Saharan Africans who sought temporary work in Libya could easily travel back and forth from their homes. Now they are forced to cross the Mediterranean with no easy return.

The Obama-Biden administration initiated US support for the Saudi coalition's intervention in Yemen against the Iran-backed Houthi rebels. Now Joe Biden says he is going to end that on day one. The question is how? Would he be willing to sacrifice the present momentum towards an accord with Israel led by some Gulf states, and a tentative hand extended by Saudi Arabia motivated as it is by a mutual antipathy towards Iran. The major issue in the area is the Israel - Palestine question. Does Mr. Biden want to broker a peace? Israel's Swiss cheese of illegal settlements has made it almost an impossibility, and somehow it is difficult to imagine Mr. Biden standing up to the Israeli lobby in the US.

Between China and India, Trump has chosen India and is currently in a stand-off with China through an ongoing trade war. Biden's foreign policy advisers are a throwback to the Obama administration, and as these will ease into significant administrative roles when he takes office, one can expect a policy of mutual coexistence with China instead of Trump's protectionism. If he wants to, he can even use Trump's tariffs as bargaining chips in negotiations . . . perhaps renewing Obama's attempts to stimulate human rights and democracy in China.

Vice President-elect Kamala Harris had an Indian mother and there have been wild celebrations in their ancestral village in Tamil Nadu. The vision of Trump and Modi traipsing hand-in-hand is unlikely to be repeated with the same warmth, and certainly not with the VP-elect as Indians frown on holding hands with women in public.

There is likely to be a reset with Iran, which could of course put Syria in the crosshairs. More bombs? Let's hope not.

Arshad M Khan is a former Professor. Educated at King's College London, Oklahoma State University and the University of Chicago, he has a multidisciplinary background that has frequently informed his research. He was elected a Fellow of the (more...)
Related Topic(s): Foreign Affairs; Foreign Policy; Obama Foreign Policy; Wars, Add Tags
Add to My Group(s)
Go To Commenting
The views expressed herein are the sole responsibility of the author and do not necessarily reflect those of this website or its editors.