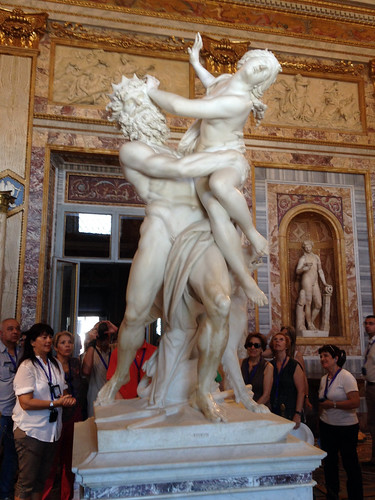 I believe Trump is aligned with contrary Pluto in established Capricorn. As I said, he is (secretly) representing the 1% and he wants things free and easy for deals and capitalism. People who want a piece of the pie are getting behind the Donald. Bernie is squaring off with Donald by carrying the flag of independent Uranus in pioneering Aries, and the youth and the progressives are with him. Interestingly enough, Hillary is representing the tension of both planets, propping up the plutocracy while casting herself as a liberal and possibly the first female President, which draws upon Uranian break-throughs. As she is trying to be all things to all people, or Democrats, she is losing ground, left and right.

Let us choose, now, to be on the right side of history. The times, they are a'changing.

MAB: I keep having the feeling that Elizabeth Warren may make a splash into all this, somehow, but I am not sure how. She's certainly raised her voice against Trump, stating that she will do anything to prevent him from entering the Oval Office, and yet she hasn't endorsed either Democratic candidate. It was her supporters who shifted over to Bernie when she decided not to run. And Elizabeth does not seem likely to disregard her feelings against Wall Street to cozy up to Hillary, so that's a curious situation. Are there any astrological tendencies showing up for her during this cycle? Might she end up playing a larger role before it is all over?

SP: I too have wondered what Elizabeth Warren would do, and when. She is obviously a liberal and has spoken out against the rigged system. Had she gone out and campaigned for Bernie Sanders some months ago, he would be even stronger than he is now, and we would have the exciting prospect of a Sanders--Warren ticket.

I recently looked at her chart. Like Bernie, there is no exact birth time, but she is a Cancer with her Sun conjoining Uranus -- so she is definitely on the Uranian side of the planetary dynamic (as opposed to the Plutonian side which can connote corruption and the shady dealings from Wall Street.) Her Moon is in Taurus, which could explain her slower deliberation about getting involved. This same lunar position emphasizes her focus upon finances and economics. She came from academia and is rather new in politics, but she is definitely more qualified than Trump, who has zero political experience. My feeling is that if she were to join Bernie, they would win in the election.

An interesting cosmic confirmation of this is that the USA chart will have progressed Moon opposing the natal US Uranus in Gemini, and as the Moon represents emotions and the people, and Uranus heralds the unexpected, there will be a surprise at the polls in November 2016. Uranian types will benefit from this surprise, which points to Bernie and Elizabeth. The plot thickens, however, as progressed US Venus squares natal Pluto, and there will be backroom deals, bribes, corruption and pay-offs in the news. Where might that come from? The two other candidates are most surely, and suspiciously, aligned with big, money and shady deals.

I only hope that the citizens of the USA have grown in awareness and maturity in the last fifty years. One must remember that by the end of the 1960s Nixon was President, alas. The police and militias pushed back the protesters and re-established "order." I hope and trust that we have indeed learned something from history. May we do the right thing--or is that the "left" thing?

MAB: Thanks so much for chatting with us Stephen, and for sharing your insights. You've brought up some intriguing ideas!

SP: It is my pleasure, Meryl Ann. Thanks for inviting me to share. Allow me to leave a note of hope here. Just as Trump shifts into a humble pie mode in August 2016, Bernie's star will be rising. By Inauguration Day, January 20 2017, Bernie's progressed Sun will have left Scorpio and emerged into the fire sign Sagittarius, which is not only optimistic but celebratory. This progressed Sun of his will touch off his natal Uranus, once again emphasizing that he is the Aquarian visionary here. I am hopeful.