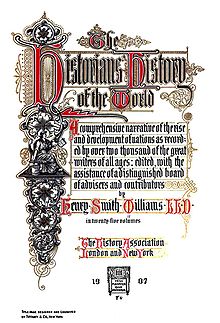 Was the purpose of 9/11 to provoke America into an attack on Afghanistan?

It is time to ask if the most spectacular crime in American history was really planned to goad a gargantuan superpower into attacking a destitute, rustic, landlocked Himalayan nation ruled by a Medieval-minded clique. Or was it to achieve something more in keeping with the sheer grandeur of the attacks?

That Osama bin Laden delegated his greatest work of terrorism to four bumbling, loose-lipped teams armed with box cutters is a conspiracy theory that may be safely dismissed: history for Army grunts. In his last authenticated statements, bin Laden himself, with almost superhuman honesty, denied taking part in the attacks, and said that America should look for the culprits closer to home. His statement must have been sincere--the logic of terrorism requires taking credit for an attack--and surely correct. We need only to ask "Cui bono?" to understand that the authors of the attack have eaten more apple pie than couscous.

Investigation over the past eighteen years, some by people who paid for their heroic efforts in lost jobs and smear campaigns, has shown that the Twin Towers and Building 7 were felled by demolition explosives. To keep this in mind, and to watch the two towers bursting floor by floor and melting into their shrouds of dust, is to understand that the attacks derived from the most venal Shakespearean ambition. And so were the goals of their authors in the American elite.

Was the aim Afghanistan? Yes, but only as a steppingstone. Iraq? Yet another, and Syria as well. Progressives who decry these "endless wars" seem to have never considered that, far from any attempt to "conquer" the Middle East and western Asia, the goal itself was endless war: nothing else so empowers the military-security sector. To attack Afghanistan simply because Osama bin Laden had Taliban protection there in the run-up to 9/11 is surely the flimsiest raison de guerre in history. But the war served the real objective: the military-security complex's final ascension to power.

For the planes crashing into the Twin Towers heralded the beginning of the American empire's terminal phase: military domination of the government. The rich had had a fine run at the helm of plutocracy since the time of Ronald Reagan, and it was time for them to start relinquishing their grip. Like everyone else, they quickly came to relish security.

Which doesn't seem to trouble them even now. The rich no longer use their massive wealth to create domestic jobs and invest in America, which might reinforce their strength in society. No, they have used their bloated fortunes to buy back stock, pay dividends to investors all over the world, and send their money to flashier investments abroad. They have happily partnered with the Pentagon and the security agencies, lining up at their overflowing troughs of funding. They silence critics by eliminating their accounts on social media or canceling their electronic means of payment and funding. It's nothing personal; it's just business. To the rich, a country is only as good as the protection it provides them to trade derivatives and go to smart restaurants in peace.

What Democratic candidates, with the exception of brave Tulsi Gabbard, would say straight out that they intend to transfer the Pentagon's billions to social use? Do any of them want to sweep Homeland Security infamous name into the dustbin of history? Indeed, this tumorous department, now the government's third-largest, is the most obvious manifestation of the military-security milieu's move to power: a domestic defense department that controls what little the private sector couldn't.

For the fight now isn't against communism, but "terrorism." This was the other maximal objective of 9/11: to completely change the conversation, to eliminate the worldwide relief at the end of the Cold War and replace it with a new frightful paradigm. Communism was tangible. It had been headquartered in a distant country with a capital and a flag and scowling presidents so dour they might have been taken out of a comic book. But that threat petered out in the early '90s, to the worldwide delight of citizens and the alarm of American elites. Probably it was then that planning for 9/11 began.

A new threat was needed, and this time around it would be a tougher sell to a distracted public to whom international affairs was the dullest part of the newscast. Which is why it wasn't enough to have airliners smash into the buildings: the crucial half-dozen videos shot by startled cameramen would last but seconds; office fires would be put out before the six-o'clock news, the buildings eventually repaired, a commemorative plaque unveiled in the plaza a few months later.

No, the towers had to be mined with demolition explosives and crash to the ground in a roaring tantrum of destruction. Everything depended on this, and no effort was spared, including an entire backstory on how the terrorists, thinking themselves undetected but discreetly nursed along, miraculously eluded American intelligence, air defenses, and both national and local law enforcement. Surely the symbol of the operation's momentousness was the explosive material used on the buildings: the amount applied must have been several times the necessary, burning red-hot in the debris for months despite the tons of water poured on it.

And how splendidly "terrorism" has worked out, the selling job a success. For terror is personal, it's a ghost, it's whatever one makes of it, it's around the corner and under the bed, requiring neither country nor flag, though a long gloomy face and tattered beard like bin Laden's certainly help to focus passions. But anybody will do. Iranians. Kim Jong-un. Bashar al-Assad. Jeffery Epstein. Limping Central Americans hoping for a fresh start in America. Vladimir Putin, regarded as something of a modern savior in his own country, especially in Crimea, is regularly set down as the greatest terrorist of them all in western media.

Mass shootings continually refresh the scare, and as usual truthers like a sand-and-shovel brigade trot along behind police reports cleverly pointing out inconsistencies and gaps in the evidence. Mainstream reporters loathe them. Truthers make them taste their self-censorship in security matters, whether they involve the local sheriff or the CIA. Nobody tells these coiffured, orotund hustlers to say one thing and not another; nobody needs to: they know what their newsrooms want. To them, a David Ray Griffin or a Richard Gage is a pathetic idiot gabbling in the wilderness; truthers are "nobodies."

The reporters' job on 9/11 was to terrorize the public, and later to pound away at the theme of an America in peril. ISIS and al Qaeda have now passed their primes, but Homeland Security grows by the day. The media masters are well-pleased.

Related Topic(s): American Empire; Anti-democratic; September 11 Attacks, Add Tags
Add to My Group(s)
Go To Commenting
The views expressed herein are the sole responsibility of the author and do not necessarily reflect those of this website or its editors.