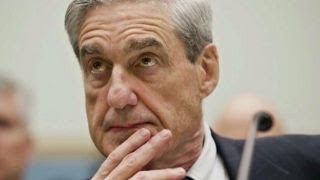 Despite denials by the White House and dismissive right-wing media coverage, special counsel Robert Mueller's opening salvo -- the indictments and a guilty plea -- has stunned Washington for its aggressiveness, legal positioning and comprehensive strategy that suggests the Trump campaign and White House's problems will only deepen.

"The first big takeaway from Monday morning's flurry of charging and plea documents with respect to Paul Manafort Jr., Richard Gates III and George Papadopoulos is this: The president of the United States had as his campaign chairman a man who had allegedly served for years as an unregistered foreign agent for a puppet government of Vladimir Putin, a man who was allegedly laundering remarkable sums of money even while running the now-president's campaign, a man who allegedly lied about all of this to the FBI and the Justice Department," wrote Susan Hennessey and Benjamin Wittes for LawfareBlog.com.

"The second big takeaway," they continued, "is even starker: A member of President Trump's campaign team admits that he was working with people he knew to be tied to the Russian government to 'arrange a meeting between the campaign and the Russian government officials' and to obtain 'dirt' on Hillary Clinton in the form of thousands of hacked emails -- and that he lied about these activities to the FBI. He briefed President Trump on at least some of them."

By Tuesday morning, we know Manafort and Gates are taking one legal path -- fighting the special counsel's indictment, its accusations, in court, while Papadopoulos already has pleaded guilty to lying to FBI agents, and is most likely cooperating with investigators to reduce his sentence. Mueller's first moves have been characterized by lawyers as a classic opening salvo in launching "a big case," which raises a series of questions and loose ends starting with: what else does he know and who else is targeted?

"Mueller knows things, some of them about Russia, and has proof," tweeted former Washington Post reporter Barton Gellman. "He's warning other campaign witnesses against perjury. Two: He's not saying exactly what he knows or how. Uncertainty there inspires dread, may flush out evidence he doesn't even know about. Three: Early cooperation will save you from the worst. Mueller could have taken a lot harsher approach to the Papadopoulos facts. Classic leverage..."

Here are half a dozen loose ends and open questions that will become evident as Mueller proceeds.

1. Will other Trump campaign aides be ensnared? The almost certain answer is yes, because at the very least, there were many recipients of the emails that were sent by Papadopoulos as he sought to arrange a meeting between the Trump campaign and Russian intermediaries. Campaign staffers such as Sam Clovis, an Iowa radio host and right-wing activist who became a national campaign co-chair and has been nominated by Trump to a top Agriculture Department post, apparently supervised Papadopoulos' interactions with Russian intermediaries, the Washington Post reported. That role included an email Clovis sent to Papadopoulos saying "he would 'work it [the Russian offer of Hillary Clinton campaign emails] through the [Trump] campaign,' adding, 'great work,' according to court documents."

2. Where is Michael Flynn in this mix? Flynn, who was Trump's national security advisor during the campaign and briefly White House National Security Advisor, was not mentioned in any of the documents filed by Mueller that have been made public. Flynn also made six figures advising foreign governments and didn't report his activities to the federal government. That raises questions. Is Flynn fighting Mueller like Manafort and Gates, or has he taken the same path as Papadopoulos -- cooperating in exchange for leniency?

3. Which White House officials or Cabinet members could be implicated? Two come to mind. The first is Attorney General Jeff Sessions, whose role on the campaign was overseeing the foreign policy team and who was likely to have heard of the Russian offer of help. The second is Commerce Secretary Wilbur Ross, who was one of two executives running the biggest bank in Cyprus, which acquired the bank where Manafort laundered millions in unreported payments. The appearance of conflicts of interest, even based on knowledge of sordid deal-making, could imperil their tenure.

4. Which Trump family members could be implicated? Despite the White House's denials, the timeline, as known so far, shows the emails of Clinton campaign chairman John Podesta were hacked in March 2016, and offered to the Trump campaign a month later in April. A meeting was held in June 2016 where Manafort, Jared Kushner and Donald Trump Jr. all met with Russians or their representatives. According to Trump Jr.'s statements, the Russians suggested they had information that could help their campaign, but then the meeting turned, as the New York Times noted, to a "discussion of the adoption of Russian children and the Magnitsky Act, an American law that sanctions Russians for human rights abuses." This timeline, which was expanded by Mueller's filings, suggests the campaign was open to Russian help and Trump family members were conduits.

5. How could President Trump be implicated? A key takeaway from Mueller's opening moves is that lying to the FBI -- as Papadopoulos did -- is as serious as any crime. After that June meeting, President Trump dictated a statement for his son to read to the media, which the press later characterized as "misleading" because it didn't mention any offer of political support from Russia. While legal experts said that level of presidential interference doesn't quite cross the threshold for obstruction of justice, it gave Mueller clues for what to focus on. On the other hand, Trump's firing of FBI Director James Comey, who reportedly refused to declare his loyalty to Trump, might be seen by prosecutors as obstruction, as other details come to light.

6. Will Mueller look at Trump's shady business deals with Russians?The view held by many legal observers is Mueller will primarily stick to the mandate to investigate the Trump campaign's collusion with Russia, and only go after extreme financial crimes -- like what Manafort is accused of, for which there is no defense -- as part of a strategy to "shake the tree" to get cooperating witnesses from other campaign insiders. On the other hand, the New York State attorney general could "go wild looking at fraud and money laundering for Donald Trump operatives or Donald Trump himself," financial reporter James Henry said Tuesday. "Trump hid his tax returns for a reason."

Steven Rosenfeld  covers democracy issues for AlterNet. He is a longtime print and broadcast journalist and has reported for National Public Radio, Monitor Radio, Marketplace,  TomPaine.com  and many newspapers. (more...)
Related Topic(s): Collusion; Indictments; Mueller Investigation; Strategy; Trump Crime, Add Tags
Add to My Group(s)
Go To Commenting
The views expressed herein are the sole responsibility of the author and do not necessarily reflect those of this website or its editors.