Chapter 4 Fire In The Holy Land Israel And The Arabs

There may be "seven-star" hotels in Dubai and Doha, but they exist alongside the squalor of the Palestinian refugee camps in Gaza, Lebanon, and Jordan. Modern state institutions in Iraq, Lebanon, and the Palestinian territories have all but collapsed into warring ethnic and sectarian factions... It is a region where the most pro-American Arab governor governments produce some of the most virulent anti--American terrorist recruits.   68

At its core is the struggle between Israelis and Palestinians, which is in many ways among the most complex and intractable problems of our time. P 69

In 2007, our congressional delegation visited Aboud, a small Palestinian village in the West Bank. The people had always one product that sustains them:   olives that they grew on a hill overlooking the valley... 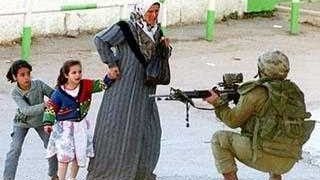 
One day the Israeli military arrived with bold odors bulldozers and ripped up acres of olives. "Why are you doing this?" The old man asked them. The answer was that they were making way for a security wall. Not only did it go through the heart of the olive groves, but it walled off the stream, without which the olive trees would not survive. Without its precious crops, it was only a matter of time until a village would go the way of the olive trees....

"Where are your young people?" I asked

They answered, "Why would our young people stay?   What would they do?" Many had left to fight against the Israelis. P 71

The US must focus its leadership and resources on ending the madness in the Middle East.   The Israeli-Palestine issue should be treated with the urgency it demands --by the US, the United Nations, NATO, Israel, and the Arab countries.   Beyond contributing to the destabilization of the Middle East, this issue has an enormous effect on global energy issues.   P72

Terrorist organizations such as Al Qaeda and Hezbollah have appropriated the Palestinian struggle for self-determination as a rationale for violence against Americans and Israelis. Failure to address this root cause will enable Hezbollah, Hamas-and the terrorist groups even more troublesome-to gather the support of disaffected Muslims everywhere.   This dynamic continues to undermine America's standing in the region and threatens the governments of Egypt, Jordan, and Saudi Arabia at a time when their support is critical for any Mideast resolution. P 73

Tragically Palestinian leader Yasser Arafat wouldn't sign an accord that he believed he could not sell to his people and would make him the target of a rejectionist fringe. He had 95% of what he asked for and then turned it down. P 74

For the most part, ideology hijacked diplomacy during the Bush administration and statecraft gave way to a misinformed "democracy" agenda in the region. Of course democracy is important but it can't take root in a region of explosive conflict and collapsing states, or in the absence of a diplomatic resolution of the political issues that are at the source of the conflict.   In the end we got Hamas in Palestine, Ahmadinejad in Iran, and failing states in Lebanon and Iraq. Not all of this should be blamed on the United States. But the sad reality is that we advanced neither democracy nor peace, and thereby lost our credibility in the process. P 78

As the perceptive Washington Post writer David Ignatius observed, "It isn't a tiny handful of people in the Arab world who oppose what America is doing. It's nearly everyone."

Being evenhanded does not mean that we cannot condemn the actions of Hezbollah and Hamas terrorist in their attacks or Israel's overreaction in 2006, when it engaged in relentless aerial bombing of Lebanon for 26 straight days. Israel, like all sovereign nations, has the undeniable right to defend itself against terrorism and aggression. However, military retaliation---right full or not---is not a political strategy that can end the threat posed by terrorist groups. P 78

A broad regional economic strategy-including Israel and the Palestinians, and all the Arab states-is required to provide trade based, sustainable growth, and to integrate the Middle East into the global economy P 81

So with bits of Hagel's views on service, Vietnam, Iraq, Iran, and Israel, where stands you? For or against Hagel?

Related Topic(s): Afghanistan; Chuck Hagel; Congress; Economy; Hezbollah; Iran; Iraq; Israel; Military; Palestinian; (more...) Peoples Lobby; Training; Wars, Add Tags  (less...)
Add to My Group(s)
Go To Commenting
The views expressed herein are the sole responsibility of the author and do not necessarily reflect those of this website or its editors.