Though one might think that driving Al Qaeda's forces out of a major urban center like Aleppo would be a good thing, the Post's neocon editors pretend that the rebels controlling that area are only noble "moderates" who must be protected by the United States. No mention is made of Al Qaeda's Nusra Front, so as not to spoil the desired propaganda theme.

The Post then badgered Obama to do something: "In the face of this onslaught, which promises to destroy any chance of an acceptable end to the Syrian civil war, the Obama administration has been a study in passivity and moral confusion. President Obama is silent."

In another hysterical editorial, the Post's editors conjured up what they called "the real world" where "the best-case scenario after five years of U.S. inaction is a partial peace that leaves Syria partitioned into zones controlled by the [Assad] regime and the Islamic State, with a few opposition and Kurdish enclaves squeezed in. Even that would require the Obama administration to aggressively step up its military support for rebel groups, and confront Russia with more than rhetoric."

However, in the actual "real world," the Obama administration has been funneling military equipment to rebels seeking to overthrow an internationally recognized government for years. That assistance has included averting U.S. eyes from the fact that many of those rebel groups were collaborating with Al Qaeda's Nusra Front and/or the Islamic State. 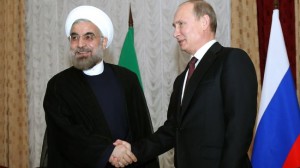 As Mideast expert Gareth Porter reported, "The Russian airstrikes in question are aimed at cutting off Aleppo city, which is now the primary center of Nusra's power in Syria, from the Turkish border. To succeed in that aim, Russian, Syrian and Iranian forces are attacking rebel troops deployed in towns all along the routes from Aleppo to the border. Those rebels include units belonging to Nusra, their close ally Ahrar al-Sham, and other armed opposition groups -- some of whom have gotten weapons from the CIA in the past. ...

"Information from a wide range of sources, including some of those the United States has been explicitly supporting, makes it clear that every armed anti-Assad organization unit in those provinces is engaged in a military structure controlled by Nusra militants. All of these rebel groups fight alongside the Nusra Front and coordinate their military activities with it."

But The Washington Post and its mainstream U.S. cohorts don't want you to know the real "real world" reality that Syria's sainted "moderate" rebels are fighting side by side with Al Qaeda, which was responsible for killing nearly 3,000 Americans on 9/11 and for drawing the U.S. military into a series of Mideast conflicts that have claimed the lives of about 8,000 U.S. soldiers.

The bizarre goal of saving Al Qaeda's skin presumably would not be a very good selling point to get Americans behind a new war that could pit nuclear-armed Russia against nuclear-armed America with all the horrors that such a conflict could entail.

Still, the inconvenient truth about Al Qaeda's role occasionally slips into mainstream news accounts, albeit only in passing. For instance, New York Times correspondent Anne Barnard reported last Saturday about a proposed Syrian cease-fire, writing: "With the proviso that the Nusra Front, Al Qaeda's branch in Syria, can still be bombed, Russia puts the United States in a difficult position; the insurgent groups it supports cooperate in some places with the well-armed, well-financed Nusra in what they say is a tactical alliance of necessity against government forces."

So, the quandary that Obama faces is whether the United States should join with Turkey and Saudi Arabia in a blatant invasion of Syria to salvage Al Qaeda's cause. Of course, that's not how it would be sold to the American people. The project would be couched in pretty words about "humanitarianism" and the need to maintain U.S. "credibility."

But Obama seems to recognize enough of the actual reality that he has so far resisted the frantic cries of Official Washington's neocons and liberal hawks. I'm told Obama also has discouraged Turkey and Saudi Arabia from taking matters into their own hands.

After all, a full-scale invasion by Turkey and Saudi Arabia in support of Al Qaeda and other Sunni rebels would pit the invading force against not only the Syrian army but its Iranian and Hezbollah (Shiite) allies -- and most dangerously Russia, which lacks the manpower inside Syria to match up with the Turkish army but could deploy tactical nuclear weapons if necessary to save the lives of Russian soldiers.

So, here is a significant difference between Obama and former Secretary of State Hillary Clinton. She has publicly called for the U.S. military to establish a "safe zone" inside Syria along with a "no-fly zone." While all that sounds very nice and peaceful, it would actually require the same invasion that Turkey is now seeking and it would require the U.S. air force to eliminate much of the Syrian air force and air defenses. It would be a major act of war. 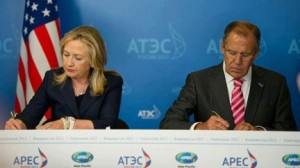 On Tuesday, Obama was asked about the Syrian conflict at a news conference but it was within the typical mainstream frame of suggesting that Obama is too weak in dealing with Putin. For five years, the mainstream U.S. media can't get beyond goading Obama to increase U.S. intervention in Syria and thus bring about another "regime change."

Despite the contrary evidence, it has remained a beloved Washington delusion that some "moderate" oppositionists would replace Assad and bring a happy democracy to Syria. Similar delusions preceded the catastrophes of "regime change" in Iraq and Libya -- and one could even go back to the Reagan administration's "regime change" goal in Afghanistan that led to the emergence of the Taliban, Al Qaeda and modern jihadism in the first place.

Related Topic(s): Bashar Al-assad; Neocons; Nuclear Powers; Nuclear War; Obama; Propaganda; Putin; Sunni; Syria, Add Tags
Add to My Group(s)
Go To Commenting
The views expressed herein are the sole responsibility of the author and do not necessarily reflect those of this website or its editors.