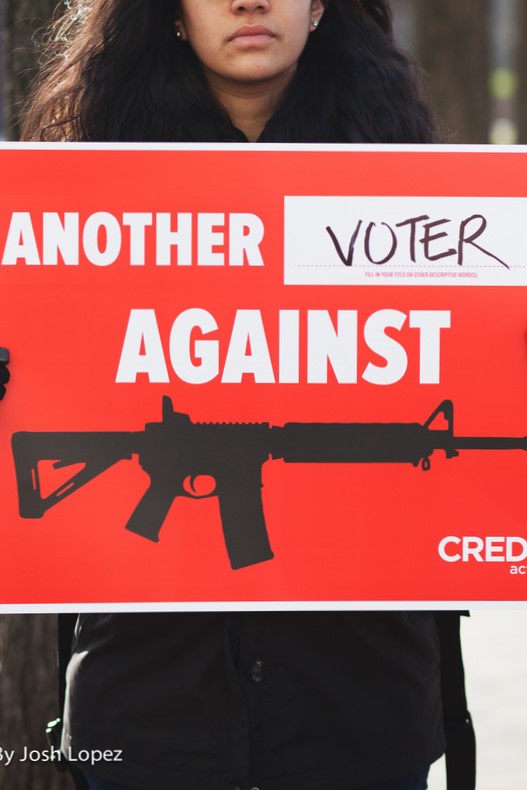 After nearly a decade of dithering on gun violence, comprehensive gun control legislation has passed the House of Representatives.

The Bipartisan Background Checks Act of 2019 (HR8), which passed 240 to 190 on Wednesday, requires background checks for firearms sold at gun shows and online, closing the loophole currently not requiring checks for private, unlicensed sales while still allowing some exemptions for temporary transfers among family members lending guns for hunting.

Although several studies suggest state-level universal background checks have limited effect, this could be attributed to poor implementation and enforcement.

"What this new body of research is telling us is not that these policies don't work, but that they need to be designed and implemented in really rigorous and effective ways."

Should the Republican-controlled Senate pass HR 8 as well, the bill would be the most consequential gun control law in a generation.

But further complicating the legislation is a provision Rep. Doug Collins (R-GA) attached to it requiring the FBI alert Immigration and Customs Enforcement (ICE) when an undocumented immigrant attempts a firearm purchase.

Seen as racist, fear-mongering, and divisive, this is pitting moderate House Democrats, 26 of whom voted with Republicans, against progressives.

New York Rep. Alexandria Ocasio-Cortez explained to gun-control advocates during the vote "the gotcha amendment pinned gun safety against immigration advocacy. Its intent was to divide."

"Mind you, the same small splinter group of Dems that tried to deny [Nancy] Pelosi the speakership, fund the wall during the shutdown when the public didn't want it, & are now voting in surprise ICE amendments to gun safety legislation are being called the 'moderate wing' of the party...We can have ideological differences and that's fine. But these tactics allow a small group to force the other 200+ members into actions that the majority disagree with. I don't think that's right, and said as much in a closed-door meeting."

"Vote 'no.' Just vote 'no,' because the fact is a vote 'yes' is to give leverage to the other side, to surrender the leverage on the floor of the House."

In just the one year since the Marjory Stoneman Douglas High School mass shooting in Parkland, Fla., 26 states have passed 67 new gun control measures, including those intended to prevent firearm access to domestic abusers, "at-risk" individuals, and those under age 21.

Last Monday, New York Gov. Andrew Cuomo signed into the law the Extreme Risk Protection Order law, or the "Red flag" bill, permitting guns to be confiscated from New Yorkers judges determine to be dangers to themselves or others.

Speaker Pelosi was present at the bill signing.

Since the Parkland shooting, almost 1,200 children have fallen to gun violence.

Last month, one day after the first anniversary of the Marjory Stoneman Douglas High School mass shooting, there was another in which six people were killed, and eleven, including five police officers, were wounded at the Henry Pratt Co. warehouse in Aurora, Ill., 40 miles west of Chicago.

The deceased gunman, 45-year-old Gary Martin, possessed an illegal handgun he never should have been able to obtain because of six prior arrests for domestic violence and aggravated assault.

Although statistically mass shootings constitute a fraction of America's more than 32,000 firearm deaths every year, the U.S. outpaces other developed countries in gun deaths.

Related Topic(s): Democratic Legislation; Democratic Party; Firearms; House Of Representatives; Shootings, Add Tags
Add to My Group(s)
Go To Commenting
The views expressed herein are the sole responsibility of the author and do not necessarily reflect those of this website or its editors.