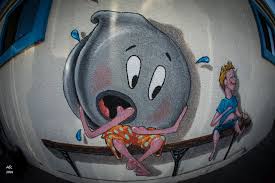 The outrage over the Iowa caucus scandal has continued to burn white hot as more and more establishment manipulations against the Bernie Sanders campaign come into view.

At the beginning of a CNN town hall with Democratic presidential candidate Pete Buttigieg last night, immediately following the network's town hall with Sanders, the event's host Chris Cuomo announced that 100 percent of the caucus results were now in and the former South Bend mayor had narrowly won the contest. These results had been announced by the Iowa Democratic Party moments before Buttigieg's town hall appearance.

There is no reason for anyone, let alone a major news outlet, to believe these results are legitimate. They are full of easily demonstrable errors and discrepancies which have been highlighted by both the Sanders campaign and The New York Times, and they have yet to be addressed. Furthermore, Sanders has a perfectly legitimate claim to the win given the undisputed fact that he received thousands more votes. This is without even getting into all the other extremely shady shenanigans with the now-infamous Shadow app whose crash has given the media days to sing Buttigeig's praise, which has in turn given him a major polling bump for New Hampshire.

But Chris Cuomo (who is the brother of a Democratic New York governor and the son of another Democratic New York governor) declared Buttigieg (who because of his establishment grooming and alt-centrist ideology is beloved by billionaires and spooks) the winner anyway. In front of millions of people. While Buttigieg was standing right there in the spotlight. Immediately after the "results" were released.

Think about the level of coordination it takes to try to pull off such a brazen fraudulent move. It takes the Iowa Dem Party, the DNC and CNN. All working in cahoots.

We're watching a major US election being rigged in real time, right in front of our eyes, and it's intense. And it's only just getting started.

In the 2016 race between Sanders and Hillary Clinton, the Iowa caucuses saw some suspicious activity and there was some controversy over improbable coin toss results, but nothing like the furor we've been seeing over Iowa for the last several days. It wasn't until the Nevada caucus that things really started to get crazy in the 2016 race, and we're still a couple of weeks out from that.

So we're way ahead of schedule in terms of emotional intensity tied to this presidential primary race, and possibly at a more heated point after the very first 2020 primary contest than at any point in the 2016 race between Sanders and Clinton. And it's only going to get crazier from here.

And that's just looking at the US Democratic presidential primary. Later this month we've got the beginning of Julian Assange's extradition trial, we've got the OPCW narrative managing its own scandal by smearing the whistleblowers who revealed that the US, UK and France almost certainly bombed Syria in 2018 under false pretenses, we've got continuing revelations that pretty much everything the Trump administration told the world to justify the assassination of Qassem Soleimani was a lie, we've got an escalating new cold war between the US and Russia, increasing establishment attempts to censor the internet, an increasing propaganda war against China, the general militaristic belligerence of the US-centralized empire, and God knows what else.

As I said back in November, things are going to get weirder and weirder throughout the foreseeable future. We're coming to a point in history where the only reliable pattern is the disintegration of patterns, and 2020 has come storming out of its corner swinging for the fences working to establish this pattern with extreme aggression. We're not going to hit a point of stability or normality this year, we're going to see things get crazier and crazier and crazier. I don't know what's going to happen, but I know it's going to be nuts.

Things Are Only Going To Get Weirder

"I often hear people in my line of work saying 'Man, we're going to look back on all this crazy sh*t and think about how absolutely weird it was!'
No we won't. Because it's only going to get weirder."https://t.co/z5ivGMEMoY

Related Topic(s): 2020; Caucus; Chaos; Cuomo; Election; Health; Mental Health, Add Tags
Add to My Group(s)
Go To Commenting
The views expressed herein are the sole responsibility of the author and do not necessarily reflect those of this website or its editors.