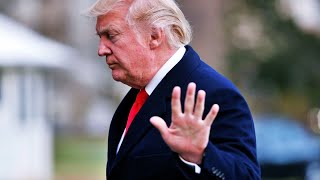 With Donald Trump becoming the first American president to be impeached in his first term, while holed up in the White House tweeting endless attacks around the clock like some internet troll, 2019 should have been the year the Beltway media finally shed its signature timidity and forcefully stood up to him. This should have been the year the press worked up the courage to disband the pointless protocols newsroom had established for covering Trump (he's not a "liar," he's not a "racist"), and simply started telling the hard truths about him. And while there were some welcome flashes of truth-telling, especially surrounding the Ukraine scandal and impeachment, for the most part the D.C. press still hasn't signaled that it's ready, or willing, to take the necessary steps needed to cover Trump.

There continues to be a collective reluctance to grapple with today's difficult reality. Unfamiliar with covering authoritarian regimes or how to respond to them, many news outlets remain committed to treating Trump's spectacle as a reality TV show.

Trump remains the most deeply radical player in American politics, yet the press corps is still trying to cover him as a traditional political figure, which means if the president of the United States makes some sort of public statement on a pressing issue of the day, you quote him under the assumption that he's telling the truth and not just making stuff up. But he's not, and he is. Trump in 2019 continued to benefit from press coverage that obediently pretended that he's an honest broker. Wash, rinse, repeat. This, while Trump maintains his dangerous campaign to paint the press as the "enemy of the people."

Oddly committed to normalizing Trump by scrubbing off his hateful and dangerous rough edges, many in the Beltway press continue to play a strange game in which they refuse to describe what they clearly see in front of them. Whether it's the fear of Trump Twitter attacks or the nearly five-decade-long GOP campaign to demonize the "liberal media," newsrooms today nearly uniformly refuse to address the mounting, obvious signs that Trump is a deeply unstable man. Journalists watch Trump hole up in the White House spamming Twitter on some weekends with hundreds of illogical posts and then politely look away.

Related Topic(s): 2019 Problems; Headlines; Presstitutes; Propaganda; Questions; Reporters; Trump Against Democracy; Trump Attacks Media; Trump Fake News; Trump Liar; (more...) Trump Twitter Freak, Add Tags  (less...)
Add to My Group(s)
Go To Commenting
The views expressed herein are the sole responsibility of the author and do not necessarily reflect those of this website or its editors.