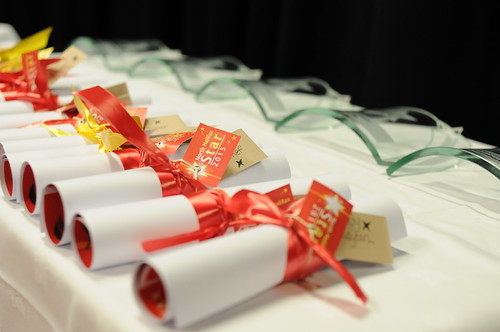 Each year Dispatches From the Edge gives awards to individuals, companies and governments that make reading the news a daily adventure. Here are the awards for 2017.

The Reverse WEBBY Award to the Colsa Corporation based in Huntsville, Ala, a company that runs the multi-million dollar WebOps program for the U.S. Defense Department. WebOps, according to Associated Press, employs "specialists" who "employ fictitious identities and try to sway targets from joining the Islamic State." But the "specialists" are not fluent and used the Arabic word for "salad" in place of "authority." Thus the governing body set up by the 1993 Oslo Accords became the "Palestinian salad" (tasty with a light vinaigrette).

Runner up is the military's Special Operations Forces (SOFs) that botched a raid in Yemen last February that got a Navy SEAL killed and destroyed a $75 million MV-22 Osprey aircraft. Desperate to show that the raid gathered valuable intelligence, U.S. commanders published a video on how to make explosives that they say were captured during the raid. Except the video was 10 years old and all over the Internet. The raid also killed several children, but the Trump administration called it "a success by all standards."

The Little Bo Peep Award to the DOD's "Iraq Train and Equip" program that lost track of $1.6 billion worth of weapons and military equipment, some of which might have fallen into the hands of the Islamic State. "Sending millions of dollars worth of arms into a black hole and hoping for the best is not a viable counter-terrorism strategy" Amnesty International researcher Patrick Wilcken told the Financial Times.

The Rudyard Kipling Award to the U.S. DOD for spending $28 million on new camouflage uniforms for the Afghan Army that depict a lush forest background. The country is almost 98 percent desert.

Runner up is the British New Century Consulting contractor hired by the U.S. for $536 million to train intelligence officers for the Afghan Army. There is no evidence that the company did so, but New Century did buy Alfa Romeos and Bentleys for its executives and paid six-figure salaries to employees' relatives without any record of their doing work.

Conn M. Hallinan is a columnist for Foreign Policy In Focus, "A Think Tank Without Walls, and an independent journalist. He holds a PhD in Anthropology from the University of California, Berkeley. He oversaw the (more...)
Related Topic(s): 2017 Awards; Awards; International; Media, Add Tags
Add to My Group(s)
Go To Commenting
The views expressed herein are the sole responsibility of the author and do not necessarily reflect those of this website or its editors.