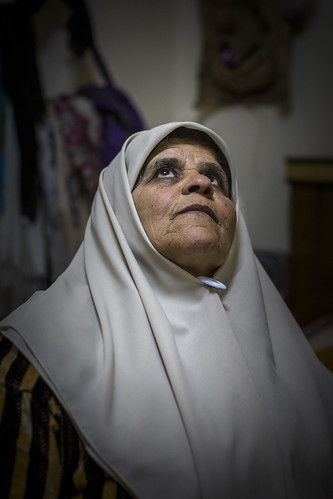 In her book, "Palestinian Women, Narrative Histories and Gendered Memory" published in 2011 by Zed Books, Dr. Fatma Kassem writes, "Palestinian women living in Israel have been entirely left out of the formation of Palestinian national identity."

In an effort to bring them in, even if for a moment, she conducted interviews with 20 Palestinian women who had lived through the horrors of 1948. These were women who currently - or at the time of the interviews - lived in Lyd and Ramleh, two Palestinian cities that were occupied in 1948 and subjected to atrocities by the Zionist militias and later to horrifying abuse and discrimination by the government of Israel.

The cities of Lyd and Ramleh, which lay just a few kilometers southeast of the city of Yaffa, were, like Yaffa, full-fledged Palestinian cities prior to 1948, each having a population of close to 20,000. In the summer of 1948, the two cities were subjected to a massive violent campaign of ethnic cleansing. The women interviewed by Dr. Kassem all lived through that horror and now, all these years later, were asked to tell their stories.

Admittedly, I have only recently become aware of this book, which is written around the stories of these "ordinary Palestinian women" who represent what Dr. Kassem calls the weakest sector of the population. Some of them were originally from Lyd and Ramleh, some ended up there as internally displaced people. They typically begin their stories with, "I am from here," or, "I am not from here;" in both cases, the next sentence describes how their world was destroyed and forever transformed when "the Jews entered and took the country."

Dr. Kassem writes that by telling the stories of these 20 women who survived 1948 she seeks to have those who are responsible "take responsibility for these stories."

The kitchen and the living room

Dr. Kassem dedicated the first chapter to her own family stories. She writes that long before the new Israeli historians began exposing the atrocities committed by the Zionist brigades in 1948, "I'd already heard the stories many times in our family home."

Her father, she said, used to tell the stories in the living room: "The living room represents the public space of the home where a much more diverse group of people would visit." And her mother told her stories in the kitchen, "a private place with a much smaller audience of immediate family members."

"We fled," they say one after the other, describing harrowing stories of fleeing violence by the Israeli army. One describes carrying a baby for miles on foot to escape Israeli warplanes.

"In a state of war people leave dangerous and hazardous places in the rational interest of preserving their safety," Kassem rightfully asserts. However, when people do this they have a right to go back to their homes. Yet the newly formed State of Israel did not permit this. Those who fled are still not permitted to return, and, in fact, Palestinians who tried to return were designated as infiltrators and were arrested or shot on sight.

Miko Peled is an author and human rights activist born in Jerusalem. He is the author of “The General’s Son. Journey of an Israeli in Palestine,” and “Injustice, the Story of the Holy Land Foundation (more...)

Related Topic(s): Zionists, Add Tags
Add to My Group(s)
Go To Commenting
The views expressed herein are the sole responsibility of the author and do not necessarily reflect those of this website or its editors.