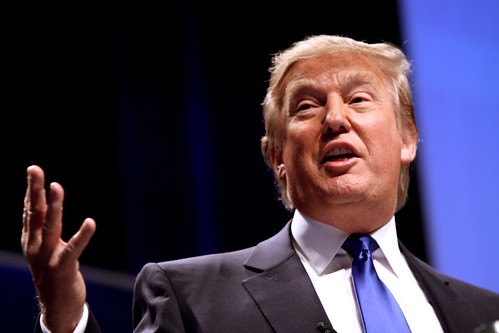 The terminology which defines a psychopath vs a sociopath needs to be clearly understood. There is no difference between the two. 'Sociopath' has become an outdated term within mental health circles -- at least this is what was explained to me by a prominent psychiatrist. And if one looks at the criteria for both mental illnesses, they appear virtually the same.

The overwhelming trait socio/psychopaths have in common is the complete inability to feel empathy -- they have no conscience nor any ability to experience guilt or remorse. Your pain means nothing to them.

Someone recently wrote an article about Donald Trump defining him as a narcissist. However, the important distinction should be made that ALL PSYCHOPATHS ARE NARCISSISTS. BUT NOT ALL NARCISSISTS ARE PSYCHOPATHS. Donald Trump is both.

Every psychopath's world revolves strictly around their singular needs and desires and no one else's. They thrive on chaos. They never apologize for the destruction they cause and in fact will always blame their victim(s).

Many people erroneously believe that "psychopaths" are different from sociopaths because they are seen as individuals capable of committing murder. The truth is that however they are labeled, violence is part of their
pathology. Given the right circumstances [when they are challenged] they will physically lash out, or at the very least, find a way to even the score.

They live in a world devoid of any real feelings except for rage.

They are also extremely adept at mimicry -- the ability to appear normal, even charming in social situations, based on a lifetime of studying empathetic individuals' interactions within society. They almost always fool friends and colleagues into believing that they are caring, wonderful people.

They can keep up a front of normalcy with their partners for a while, but the truth about who they really are will ultimately be revealed.

Many display infantile behavior when they don't get their way. A grown individual throwing a fit worthy of a 3 year old when things are not going in their favor. Making outrageous, selfish decisions that destroy the family structure and are toxic to finances.

They are masterful thieves and serial liars. They believe that what's yours is theirs, and what's theirs is theirs; and will not hesitate to take what they think they are entitled to by any means possible.

Every trait I have mentioned applies to Donald Trump. And should he win the Presidency, he will make Hitler look like Tinker Bell.

Related Topic(s): Chaos; Psychopaths In Government; Psychopathy; Rage; Violence, Add Tags
Add to My Group(s)
Go To Commenting
The views expressed herein are the sole responsibility of the author and do not necessarily reflect those of this website or its editors.