They reassured me on every count, "Senator, don't worry, we got taskforces on that, they been working on it, they're coordinated, we know what we're doing." P 56

As I look at the dual experiences of Vietnam and Iraq there are, to be sure, substantial differences, but there is at least one common factor: Congress didn't do its job. It ceded its constitutionally mandated war making powers to an ideologically driven executive branch.   P 65

On November 26, 2006, I published an op-ed in the Washington Post titled "Leaving Iraq, honorably." In it I called for the United States to begin planning for a phased troop withdrawal from Iraq. The facts on the ground no longer justified 130,000 US Marines and soldiers deployed in Iraq and, with that deployment, the unending string of deaths and casualties that we continue to suffer. P 63

For the same reasons, I opposed the president's decision in January 2007 to escalate our military presence in Iraq (the so-called surge). That month, Joe Biden and I sponsored a Senate resolution that opposed the president's escalation, stating that our primary objective must be Iraqi political reconciliation and that we must establish a clear transition to a limited US military mission in Iraq. 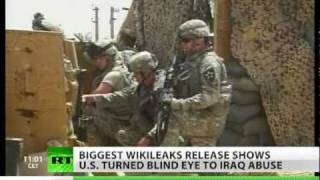 
History, I believe, will show that the January 2007 Hagel-Biden resolution largely frame the core issues on Iraq taken up in subsequent debates.   The damage this war has done to our country will play out for years to come. It has eroded our position and influence in the world, severely degraded our military force structure, further destabilized the Middle East, and seriously undermined America's trust in their leaders. P 64

We blundered into Iraq because of flawed intelligence, flawed assumptions, flawed judgments, and ideologically driven motives. We must not repeat those errors with Iran, and the best way to avoid them is to maintain an effective dialogue.   P94

Here's what I mean by lack of discipline and leadership.   Look it the way we have accounted for the Iraq and Afghanistan wars.   When you review the total budget, more than half of the discretionary money is obligated to the Department Of Defense.   And you tell yourself, "That's OK.   We're fighting two wars and war is costly." True enough, but of that $10,000,000 a month being spent in Iraq and another two billion a month for Afghanistan, most of that money does not appear in the budget (although our creditors are well aware that we have taken on those financial obligations).

Supplemental spending is not counted in our budget process; it is not carried as a budget liability-- it's like magic money!   For example, since 2001 President Bush has sent ten emergency supplemental appropriation requests to the Congress, totaling $820 billion.   We have been financing the wars in Iraq and Afghanistan through the sleight-of-hand appropriations, not through the regular oversight process and congressional hearings.   No wonder our budget and fiscal policy is in shambles. P247

All those realities notwithstanding, just labeling Iran as part of the "axis of evil," and leaving it at that is dangerously shortsighted. As Tom Friedman is pointed out, Iran is a country that "regularly holds sort of free elections," where "women vote, hold office, are the majority of its university students, and are fully integrated in the workforce," and whose residence "were among the very few in the Muslim world to hold spontaneous pro-United States demonstrations" on September 11, 2001.

If there is one place in the world where that question is urged upon us every day, it is the holy land where the Arabs and the Israelis have been locked in a mutual death grip for 60 years. That amnesty explains much of the background to the Iraq war, and, as we shall see, much of the potential for conflict from Jerusalem to Jalalabad to Jakarta.

Related Topic(s): Afghanistan; Chuck Hagel; Congress; Economy; Hezbollah; Iran; Iraq; Israel; Military; Palestinian; (more...) Peoples Lobby; Training; Wars, Add Tags  (less...)
Add to My Group(s)
Go To Commenting
The views expressed herein are the sole responsibility of the author and do not necessarily reflect those of this website or its editors.