JB: What do you anticipate will happen? Will Brexit be as bad as some are predicting?

RH: I think it's very hard to predict what will happen.

First of all, will the UK really now leave? The leadership of the EU is telling them they must arrange for a divorce quickly. But many who voted to leave are now acting like they want to enter into more negotiations with the EU. If the leadership of the EU (which at the time included the Cameron government in the UK) treat the UK the way they treated Greece during negotiations over various austerity memoranda, the UK will be out and have a difficult time negotiating new relations that are favorable. First and foremost the current leadership of the EU fears more exit referenda in other countries. They do not want to make exit look attractive to others.

I do believe once it is clear the UK is out that Scotland and Northern Ireland will leave the UK. Scotland will then re-join the EU, and the EZ for the first time. Northern Ireland will finally become part of the Republic of Ireland. In my view that is a positive outcome. If one looks back over the last 1000 years of history on the British Isles from a Scottish or Irish perspective, that would be a remarkably peaceful and positive end to what has often been a bloody and oppressive relationship between England and its closest neighbors.

It is possible that Brexit will trigger a new global economic meltdown. But if so this is because establishment political parties on both sides of the Atlantic did nothing to make the financial system safer in the aftermath of the financial crisis 7 years ago, and the EC and Cameron government alike opted for fiscal austerity instead of stimulus, which has prolonged the recession in Europe. If divorce negotiations over new trade and investment agreements are bungled as badly as everything else has been, it is also likely that whatever remains of the UK, EU, and EZ will experience slower economic growth over the long-term. But sticking with bad economic policies in both the UK and EZ will be much more damaging to long-term growth prospects than the shock from Brexit.

The big unknown is how this will impact the EU. Will the leadership relent and change course regarding either current economic or immigration policies? Will anti-EU establishment sentiment in other countries increase to a breaking point? Which part of the opposition to present EU policies will grow to become more powerful? Right-wing, racist forces and political parties principally opposed to current immigration policies? Or anti-austerity progressive forces and parties principally opposed to current economic policies? Will forces fighting to reform the EU and make it more progressive make any headway? Or will progressive forces inside countries have to mobilize to leave because the EU and EZ remain a disastrous neoliberal straight jacket with no viable solution for immigration?

Right now I do not think anyone knows how any of these things will sort out. All we can say with any certainty is that whatever happens in Europe will have a great impact on everyone, no matter where they live. 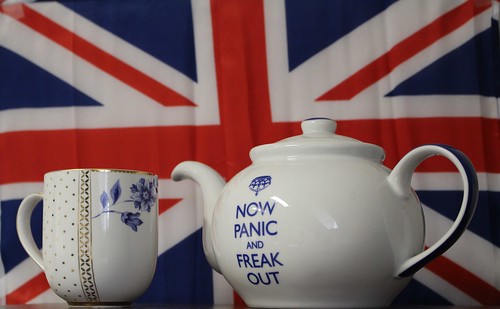 JB: Although we're all searching for answers, I guess none of us can know anything with any certainty. Having said that, I can't stop myself from asking: do you have any sense of how this might affect the 2016 presidential election?

RH: Here is how I hope it affects the upcoming US election. Very few predicted a Brexit victory. But it happened because the discontent runs that deep. So DON'T UNDERESTIMATE TRUMP! He is a buffoon. He is the most unqualified person to ever be the presidential candidate of either major political party. He has absolutely no coherent plan for governing. But he is very dangerous because there is a great deal of discontent out there, and people have every right to be very dissatisfied with the establishment wings of both major political parties.

I wish it were going to be Bernie running against Trump.

JB: You're not alone in that sentiment.

RH: Then, we could fight like hell to convince people to vote for a progressive new direction with real answers for people's economic woes and a positive multiculturalism, instead of a racist, warmonger with nothing but reactionary rhetoric. Instead, we are going to have to fight even harder to prevent Trump from winning because Trump will be able to paint Hillary as part of the establishment, which she very much has been. The lesson from Brexit is how deep anti-establishment sentiment is right now. People need to take this US election far more seriously than most. Not because Hillary is that good.... because Trump is that dangerous for America and the world.

JB: That definitely seems to be the meme of the Clinton campaign: vote for Hillary because Trump is even worse. What a country. Anything you'd like to add before we wrap this up?

RH: I have been a libertarian socialist now for going on fifty years. What changed me from a liberal Democrat to an anti-imperialist and libertarian socialist was the Vietnam war. Ever since, I have considered it to be my first duty to do everything I can to prevent my country, as the most powerful imperial actor on the global stage, from subjugating and exploiting other countries. But I also realized that our economic system was part of the reason we behave in that way. And the more economics I studied, the more I realized that there are far, far better ways we can organize and coordinate our interrelated economic activities than embracing the economics of competition and greed. Which is why I have spent so much of my time as a professional economist thinking and writing about how a "participatory economy" can work, an economy in which people have decision making input in proportion to how much they are affected, people are rewarded fairly for the burdens they undertake in work, and the productive resources that should belong to all of us, jointly, can be used to greatest benefit for all.

So, I know it is not the most exciting thing to work hard to be sure a candidate who has been very much part of the Democratic Party establishment on economic and foreign policy issues, wins this general election. But there really are lesser evils. And a Trump presidency would be the greatest political disaster since the rise of fascism in Italy and Germany decades before I was born. There are times when one must fight one's hardest to prevent a disaster, knowing full well that it will not yield the victory one truly believes in. This is one of those times. Hopefully, even the youngest Bernie supporters will be mature enough to understand this.