JB: That's a huge amount of money! What else do we know?

HW: Now, we see the prospect of the entire US industry collapsing. With just two reactors still under construction--hopefully they'll be cancelled soon--and the fleet imploding throughout the world, the technology is in free fall. We just have to hope we get these old reactors--99 in the US, about 430 worldwide--shut down as quickly as possible so they don't start melting and exploding en masse, which is a distinct possibility.

JB: What's going on in Georgia, the last gasp for new nukes? Did I read that the Georgia citizenry got themselves a lousy deal and are on the hook financially for those reactors?

HW: Georgia ratepayers are being totally screwed. They're being forced to pay for reactors that will never be used or useful. The nuke industry will do all it can to keep these two last projects going. Cost will be no object because they know they can force Georgia to foot the bill to keep their insane technology on life--or death--support. So, it will require a huge grassroots uprising from the people of the state to stop these insane reactors.

It should be noted that Obama is largely responsible for this mess. He made a big deal of swinging $8.3 billion in federal loan guarantees that are now a complete burden to all concerned. Had all these billions gone to renewables, GA and SC would be looking at a very bright future. Instead, they are in a really bad economic sinkhole. 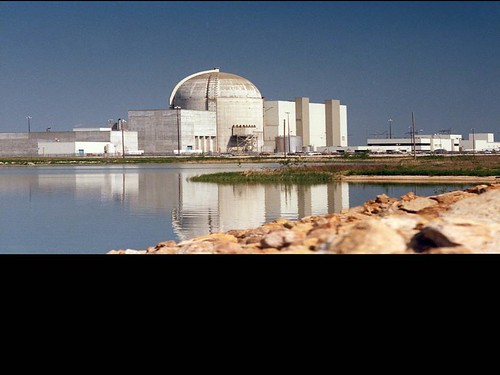 JB: So much to talk about! Trump bashers will not be happy to hear that this is one thing that cannot be laid on his doorstep. And Obama lovers won't love this either. Why did Obama do this? And how did Georgia taxpayers get bamboozled? How'd we get to where we are, Harvey?

HW: Obama should be deeply ashamed of having used public money to bankroll the insane Vogtle nukes in Georgia. This $8.3 billion should have been used to help fund a massive, unrestrained move to renewable energy. Obama's "all the above" energy "strategy" was pure nonsense, utter avoidance, complete dishonesty. Coal, Oil, Nukes & Gas (King CONG) had all been failing for a long time before Obama took office. He was smart enough to see the big picture, but clearly not brave or caring enough.

Georgia ratepayers weren't particularly bamboozled".they were steamrolled by the usual corrupt legislators and "regulators". The state will now pay a huge cost when/if the project is cancelled and far far worse if the insanity is prolonged.

ALL reactors need to shut NOW for economic and well as employment, ecological and basic survival reasons, and when we look at the gargantuan piles of cash that have been wasted on these four failed reactors we can see why our nation is in such steep decline, and how we wind up with a mafia money-launderer in that "Dump" of a White House.

JB: Where to now? I'm confident that energy activists will not be resting on their laurels after this big win.

HW: Sadly, we still have a long way to go.

Not sure yet if we'll succeed in shutting Vogtle this month. It would be great and would end new nuke construction in the US.

We are also hoping the giant MOX (Mixed Oxide Fuel) boondoggle will shut. Even Trump is against it. It was meant to convert plutonium fuel into usable reactor fuel. But the cost estimate has soared to about $50 billion and its completion date is 2048. In other words, another insane nuke failure.

These idiots will also come at us with Yucca Mountain as a "solution" to the nuke waste problem. That price tag was estimated at $96 billion ten years ago.