It's live, unrehearsed, and unpredictable in outcome. It takes place within a defined area, permitting the positioning of lights, cameras, and mikes for optimized coverage and close-ups. The timeouts enable commercial breaks consistent with the programming. And it inspires the innovation of such features as instant replay, overhead cameras, digitally positioned scrimmage lines on the field, and other features that now include a virtual 3-D appearance on large, HDTV home screens.

And that's not the only sense in which NFL games are just a TV show.

The NFL, as a television production company, is in many ways a single corporate entity. The players are only competitors for the time of the game on the field. To ensure the competition is close enough to be attractive to audiences and advertisers, efforts are made to equalize the ability of those teams -- through rules about the draft of players and the sharing of revenues. Because a rise in ratings lifts all yachts. 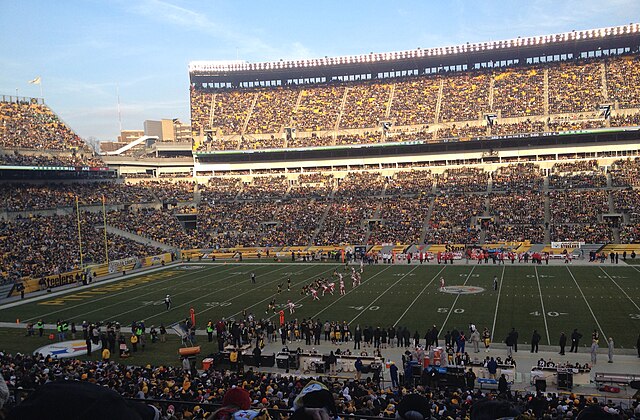 The teams' owners are kind of board members of the parent corporation, the NFL. They make the rules and hire the CEO. The players are sometimes traded between teams, know each other, and often appear quite friendly to the "opposing" players. Yes, one team "lost" and the other "won" -- but in reality, the players on both teams have won a lifestyle otherwise unavailable to most of them, regardless of the score.

NFL football is a commercial for itself; a programmed reality show series that creates enormous revenue for its owners, producers (the NFL parent organization), and the actors in each episode (players). Given its for-profit corporate nature, how does it manage to create rabid "fans" whose team loyalty far exceeds any loyalty they provide that local Ford dealership or other local businesses?

I think it's embedded in our DNA. It's a carry-over from when our family loyalties extended to our tribes -- tribes that still war in many parts of the world where the NFL has not yet offered an alternative. Without the NFL, if Americans really understood the income inequality from which they suffer, we might have another American revolution. Without our tribal loyalties to NFL teams we might be inclined to start even more wars abroad.

NPR reminds us each week, with Bill Littlefield's program, that football, like most other sports, is "Only a Game."

So relax. Give thanks to the NFL for the wars and revolutions it prevents. Enjoy the games. But if your favorite tribe loses, remember: It's not just that it's "only a game." The reality is that "it's only a TV show."

Related Topic(s): Corporate; Corporate Media; Corporation ABC; Football; Games; Inequality; Loyalty; Nfl; Revolution; Sports; (more...) Stop These Wars; Television, Add Tags  (less...)
Add to My Group(s)
Go To Commenting
The views expressed herein are the sole responsibility of the author and do not necessarily reflect those of this website or its editors.